March was always going to be a busy month for M12, Microsoft’s venture fund. The team, which funds early stage B2B companies, was hard at work planning their second Female Founders Competition. On the schedule: a two-day pitch session in the Bay Area where 20 entrepreneur finalists would present to a trio of judges. M12, working in partnership with Mayfield and Melinda Gates’s Pivotal Ventures, would then choose four winners from the group and award a total of $6 million to seed their respective companies. By the first week of the month, however, the impact of COVID-19 had broken through in the news, and it was clear that the finalists—based in tech hubs across the U.S. and internationally in the U.K., Germany, and Israel—could not travel to the event.

Postponing was not an option. “Early stage Female Founders pitching for capital receive on average $1 million less than their male counterparts,” wrote M12 General Manager and Managing Director Tamara Steffens in a recent LinkedIn post about the competition. “That $1 million deficit ladders up to a much broader systemic issue; if we take a step back, female-founded companies raised only 2.8 percent of venture capital in 2019.” The team was adamant: they needed to deploy this capital as soon as they could. So they decided to hold the event virtually over Microsoft Teams.

Here’s how they did it, and what they learned along the way.

The M12 team carefully considered how moving the event online would impact the presenters as well as the panel of judges: Steffens, along with Priya Saiprasad from Mayfield and Pivotal Ventures’ Julie Wroblewski. They spread the pitch sessions out over two days; judges heard ten 30-minute pitches each day. M12 wanted to make sure each finalist had the judges’ complete attention during their presentations, just as they would if they were presenting in a room. So rather than create a single meeting in which the finalists called in at a given time, M12 scheduled each presentation as an individual meeting. While one finalist gave her presentation, M12 Marketing Lead Colleen O’Brien would jump to the following call to help the next one prepare. By organizing the event this way, O’Brien was able to make sure each presenter had her deck ready to go and could check her audio and video in the “room.” Plus, it never hurts to have a little company when you’re about to deliver a pitch and there are millions of dollars at stake.

In the days before the call, O’Brien held office hours so that each founder could call in and practice the pitch over Teams in advance. This way, they could work out any technical glitches in advance, get used to controlling the slides within the digital environment, and time out their presentation in front of a friendly audience. O’Brien even sent the presenters screenshots so they got a sense of what the judges would see during the live event. This was essential for presenters who had not used Teams before, and it gave everyone a chance to get comfortable so that they could perform with focus when it counted.

Another consideration: access to fast and reliable Wi-Fi varies. One founder dialing in from Pakistan forewarned judges that the Wi-Fi might cut out during her pitch. Another, who lives in a Michigan neighborhood full of online video game players, even took the step to contact those neighbors to request that they limit streaming during her presentation time. If they lost connection, presenters were given the option to call into the Teams meeting directly. And the judges were sent copies of every presenter’s slides in advance. If a presentation stalled, they always had a local version to follow along with.

Typically, when venture funds invest in an entrepreneur, they spend time getting to know the founders behind the startup. And during their pitch, presenters get a sense of the funder’s reaction as well—are they leaning forward and engaged? Are they looking back at the slides to better understand something?—and can adjust based on these cues. The team wanted to enable this human connection as much as possible and kept their video on whenever possible. And because the Teams interface allowed judges to see both the slides and the presenter’s face at the same time, the virtual presentation came alive to judges in a way it could not if they were seeing the presentation deck alone.

While the M12 team is encouraged by the success of their virtual event, they did learn some things along the way.

Schedule thoughtfully. There’s a certain energy that happens when you gather a group of people in a room. This energy is hard to recreate online and, without it, fatigue can set in earlier. Natural interruptions are fewer, and pick-me-ups like hallway chats and side tables with coffee, water, and snacks are notably absent at home. While the judges took breaks between pitches, hearing 10 pitches over two days proved challenging. In the future, the team plans to spread virtual events out a bit more than they would with in-person events.

Find your light. We are used to presenting in professional conference rooms or from well-lit stages. Home lighting tends to be duller. Play with lighting to create a bright backdrop and enlist a family member to take pictures or video so you have a sense of what your audience will see.

Have fun! Even some of the most dynamic in-person presenters can be tempted to tone it down when presenting virtually. Resist the urge to read from a script. Practice just like you would for a stage performance, and deliver your pitch directly to the audience, as if you were altogether in a room. The M12 team also encouraged presenters to be authentic and embrace the experiment—we are all working through a challenging moment together, and there is plenty of room for humor and humanity.

By quickly moving their competition to Microsoft Teams, M12 is on schedule to announce their winners and deliver essential capital to four extraordinary female founders. They successfully took an important event online by considering how the move to digital would impact the event and its participants; customizing the experience to meet their specific needs; and giving presenters an opportunity to practice within the tool so they could be truly present during their pitch to the judges. They also considered potential issues, including a lack of familiarity with the tool and Wi-Fi quality, and put measures in place to address them. And they embraced a growth mindset, encouraging everyone to be authentic and understanding under challenging circumstances. We hope their experience is helpful to you as you work to bring your own events online. We’ll be sharing more remote-work stories from our customers in the days to come, so please check back here often. 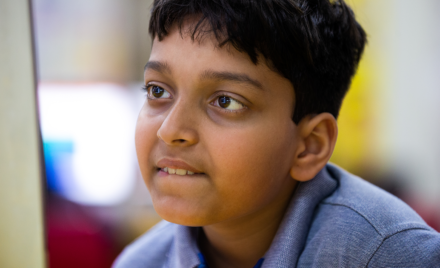 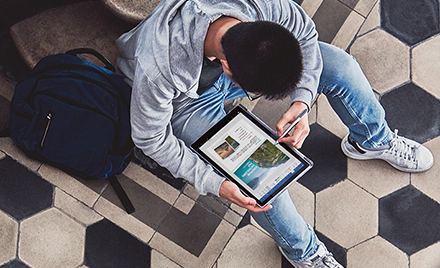 Learning from our customers in the Greater China Region

Each week we will be spotlighting customers in one impacted region around the globe. First up: the Greater China Region.

Read more Learning from our customers in the Greater China Region 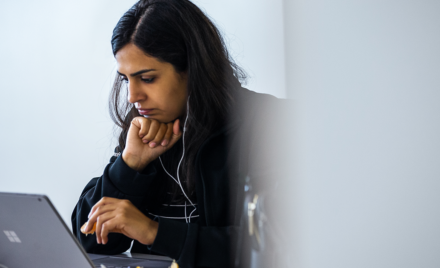 Software development is a team sport. How do you enable engineers to work together when they need to work apart?