Shobhit Sahay is a technical product manager on the Office 365 team.

Let’s take a look at this new feature. 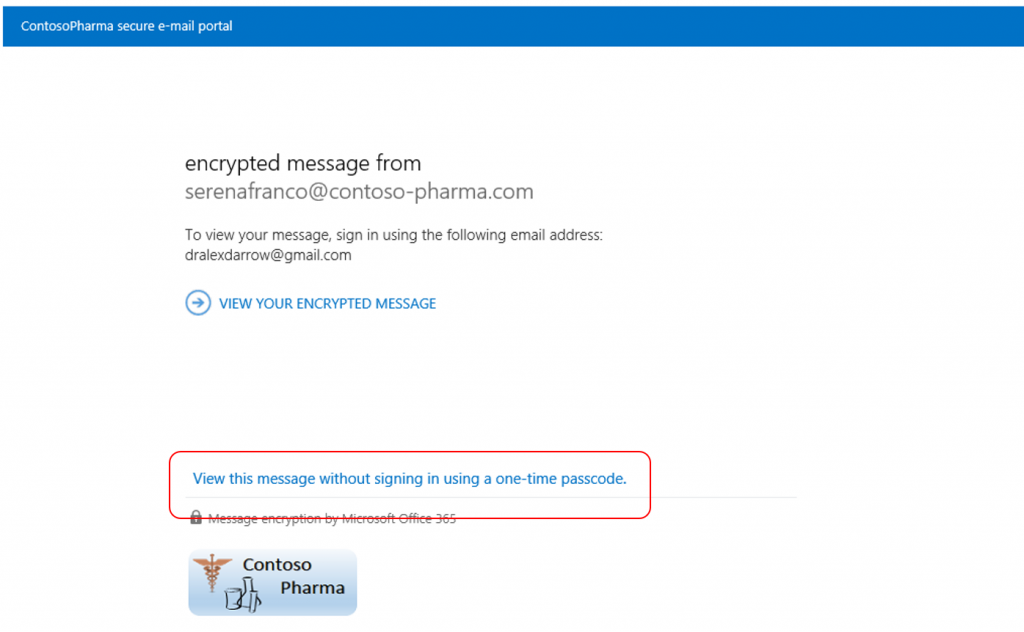 You can now choose the option to view encrypted messages using one-time passcode, even if you have a Microsoft account. 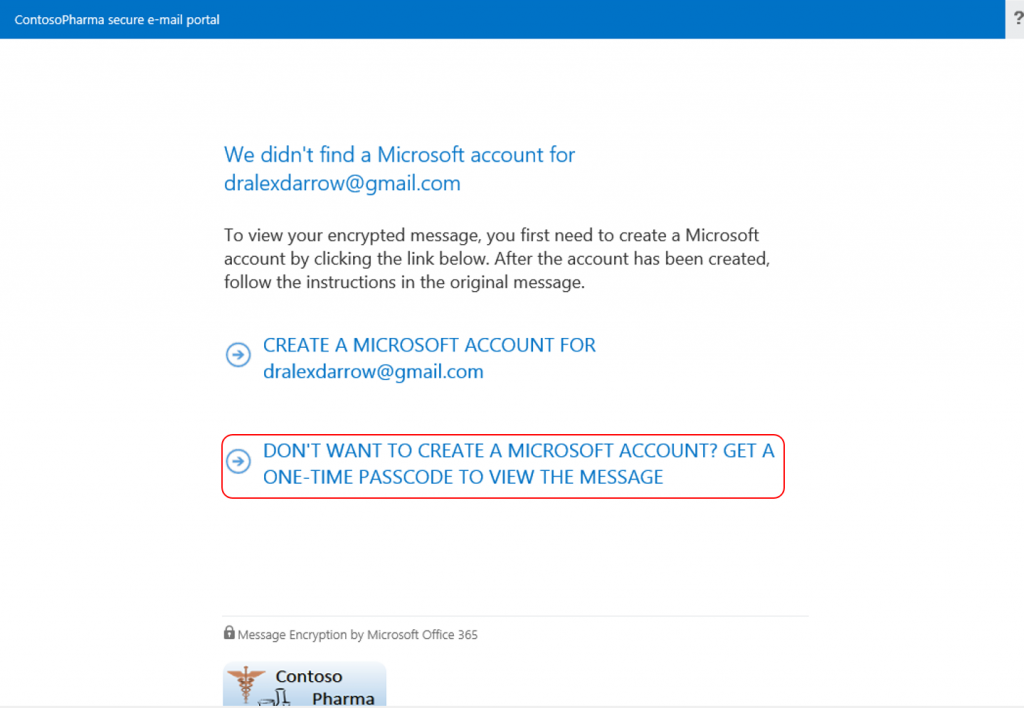 If you do not have a Microsoft account, you can now choose the option to view encrypted messages using one-time passcode.

As soon as you select the option to use one-time passcode, we send a passcode in an email message to your inbox. 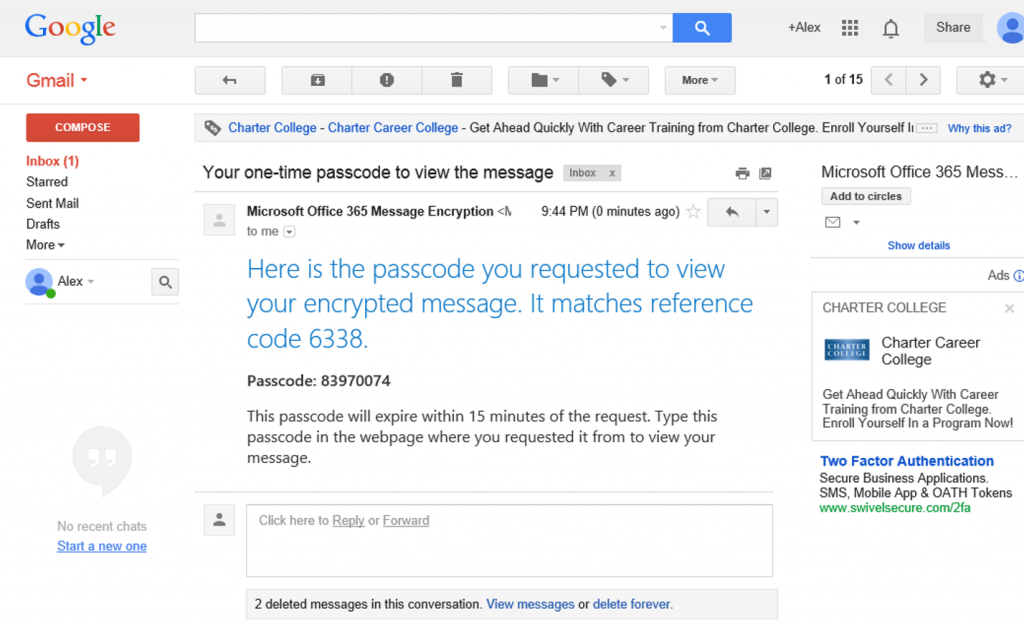 We send the one-time passcode to your mailbox.

Once the selection has been made, you are notified that that a passcode has been sent for you to retrieve. You can enter the passcode on the Office 365 Message Encryption Portal page, as shown below.

You will be asked to enter the corresponding one-time passcode to view the encrypted email.

When the passcode is entered correctly, you can see the encrypted email in plain text in the familiar Outlook Web App user interface. You can then choose to reply to the message or forward it. All responses you make  will be encrypted.

We hope you will leverage this new capability, and we look forward to bringing new features from the world of encryption soon.

Q. When will One-Time Passcode be available in my tenant?

Q. What further features are planned for Office 365 Message Encryption?

A.We have a lot of new features planned for Office 365 Message Encryption, starting with new apps for iOS and Android apps for recipients. The complete list of features can be tracked in the Office 365 Roadmap. More details will be provided closer to release dates.

Q. Where can I read more about this new functionality?

A. Read the how to use one-time passcode to view an encrypted message article on TechNet to learn more about this new functionality.