Thanks to the participation of more than 130,000 Google+ community previewers, we’re pleased to release Office Lens Android today. Called a “great app” by one tester, Office Lens turns your Android, iPhone or Windows Phone into a pocket scanner that works “flawlessly,” delivers “crystal clear images” and does an “excellent job of transcribing a printed page, despite edge distortion (page from a hardcover book),” according to other users.

First introduced for Windows Phone in March 2014, followed by the iPhone app early last month, Office Lens Android was the only version to have a public preview, which ran from April 2 to today’s formal release. Both iOS and Google+ communities quickly embraced the Microsoft capture app, with first-month downloads totaling more than 1.3 million for iPhone and 70,000 for the Android preview. To date, Windows Phone users have totaled 3.5 million Office Lens downloads. 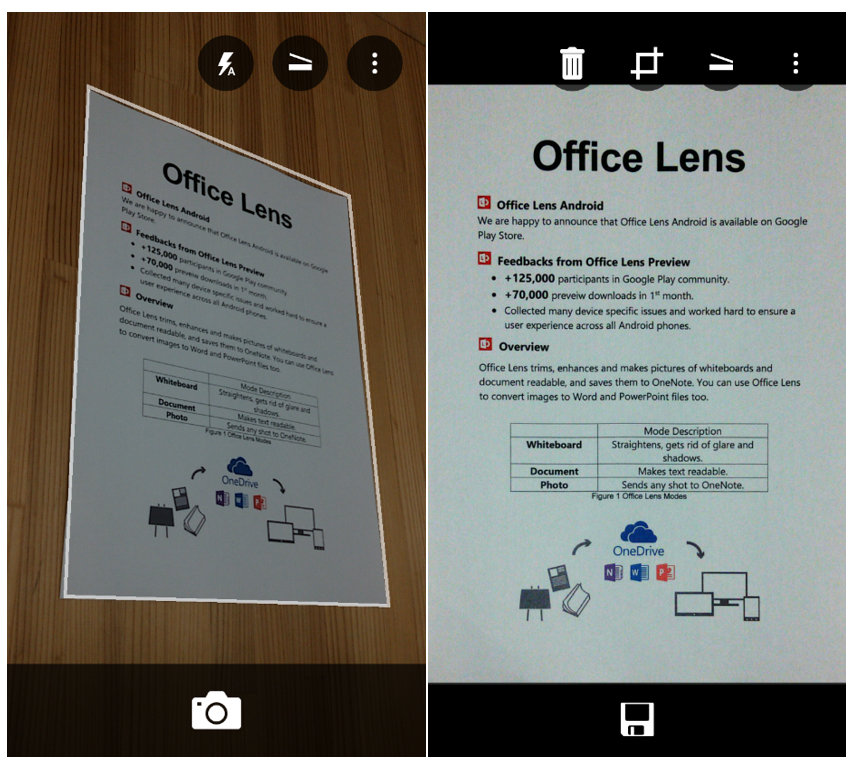 A before-and-after look at how Office Lens Android does an, “excellent job of transcribing a printed page,” according to one previewer.

The handy scanner app recognizes the corners of a document, whiteboard, electronic screen or any rectangular media and automatically crops, straightens, enhances and cleans up the image, then enables saving to OneNote or OneDrive for easy retrieval from any device.

With Android beta testers representing 270 makes of phones and just under 2,600 models, the Office Lens team worked hard to ensure a seamless user experience across all Android phones. As a result of a user experience refinements, Android phone owners share a feature with Windows Phone users: saving Office Lens images to multiple sources at the same time—for example, OneDrive and Word—which involves separate steps on the iPhone.

From receipts to whiteboards, books to legal documents, the Office Lens Android pocket scanner recognizes the corners of any rectangular media and automatically crops, straightens and enhances the image, which can be saved to multiple sources at the same time.

Now available free in the Google Play Store, Office Lens was praised by an Android user for its “clean design.” It offers the following capabilities and features across all three phone platforms: 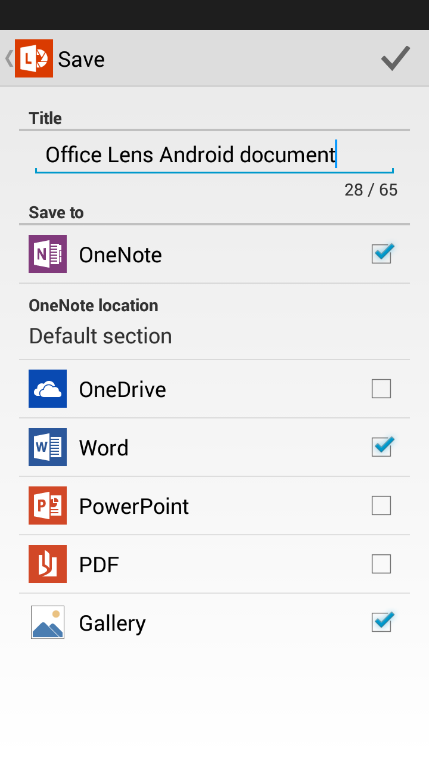 Office Lens Android users will see the new OneNote location picker in the general release version, making it easy to decide where to save images and keep them organized.

We’re excited to introduce the final version of Office Lens, ensuring that Android users in 123 countries or areas, communicating in 30 languages have access to what’s quickly becoming the preferred scanner app. Please download your version of Office Lens today—Android, iPhone or Windows Phone—and keep sending comments our way, either below, at the respective app store or our UserVoice site. Your feedback helps us understand what users like best and determine which features to deploy to other platforms. 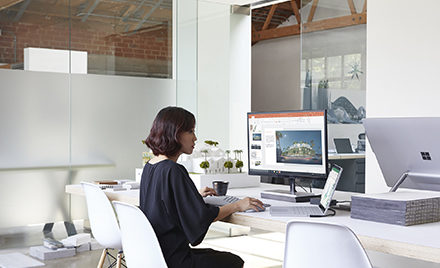 Windows 7 support ends today, and Windows 10 is better than ever

Today we're ending support for Windows 7. If you haven't already, make the switch to Windows 10 for our most secure and productive operating system ever.

Read more Windows 7 support ends today, and Windows 10 is better than ever 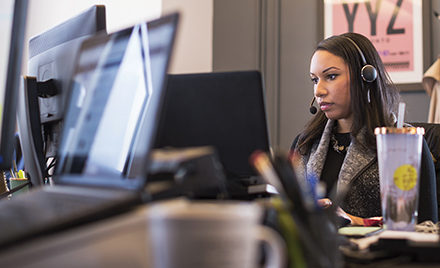 The updated Microsoft Online Services Terms are available to all our commercial customers globally. 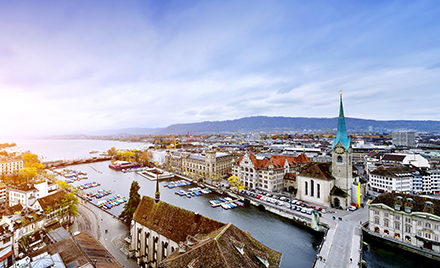 Microsoft Office 365 is now available for organizations and enterprises from our new cloud datacenter regions in Switzerland.