As much as we might say we’re open to feedback from our peers, human nature can make it hard to have an open mind when it comes our way—it can feel too much like a threat. In fact, neuroscience shows our brain reacts to the term “feedback” in a way that often shuts down our ability to take in new information and learn.

At Microsoft, the company’s culture continues to shift to learn more from others, so it’s crucial to deliver—and capture—other people’s perspectives in constructive ways.

“We wanted to get past the instinctive defense mechanisms that our mind has when people say they want to give us feedback,” says Liz Friedman, a director of global performance and development in Microsoft Human Resources. “If we can do that, then we become more willing to listen to perspectives our colleagues have for us—people want feedback, it’s just sometimes hard to hear.”

Solving that challenge meant getting inside people’s heads.

“That’s why we studied what happens in the brain when someone says they want to give you feedback,” she says. “We wanted to learn how to encourage new, brain-friendly behaviors that open us to giving and getting feedback.”

Brain science (and early findings at Microsoft) show that people are more receptive to feedback when they ask for it. “It puts our brain in a more reward-oriented state that allows us to be more open to learning,” Friedman says.

It was clear that a new approach was needed; one that fit into a larger, company-wide culture shift to encourage employees to build on each other’s work. The goal was to show employees that they can have healthy, open conversations with each other about what’s working and what they can do better.

Friedman and her team reached out to their partners in Microsoft Digital and launched conversations about building a new feedback tool to help support this new overall approach.

Microsoft has long had a peer-to-peer feedback process through an online tool, but, by being routed through the tool, the feedback took an indirect path.

“Going from feedback provider, to a manager, and then to the employee made it harder and slower to get valuable insights to the employee who needed it most,” Friedman say. “It wasn’t as helpful as it could be. And our process didn’t go far enough in promoting brain-friendly behaviors like asking for feedback that we learned about in our research.”

The team initially questioned whether it should continue offering a tool that invited employees to give each other feedback, or if conversations should all happen offline. But, because feedback is so important to personal growth (90 percent of employees say giving and receiving feedback is valuable), the conversation quickly turned to how to open as many channels as possible for feedback, including building a tool that would make feedback more actionable without triggering negative feelings.

What resulted is the Perspectives tool, where employees are invited to suggest things that their colleagues should “keep doing” and actions they should “rethink.” The “keep doing” category offers the person giving feedback an opportunity to call out the person’s strengths and to suggest how they can leverage them further. “Rethink” suggests the person consider someone else’s perspective on how to approach something differently.

Perspectives includes a process for an employee to make specific asks about the kind of input they are looking for, which helps them be more effective in asking, and further dials down the threat, Friedman says. And feedback now goes directly to the employee without a supervisor reviewing and distilling it first, and it’s no longer anonymous.

“Now it’s truly peer feedback—you’re getting insightful comments directly from peers versus through your manager only,” says Jay Clem, general manager of Human Resources IT in Microsoft Digital whose team built the Perspectives application for HR. “Perspectives is focused on providing specific and actionable feedback to help you grow.”

Clem’s team creates the tools and processes that HR uses to serve Microsoft employees. “We got involved because we saw an opportunity within Perspectives to build out even better employee experiences,” he says.

His team pulled in data from Workplace Analytics, which uses an employee’s calendar, interactions, and document sharing data to provide insights on work patterns—including who they work most closely with on a regular basis, and those that they don’t work with as frequently.

“Within Perspectives, we are able to serve up suggestions in the interface for a few more people that they might want to ask to give them feedback,” he says. “The idea is to suggest people they wouldn’t normally think of.”

Clem and his team were among the first to pilot the new approach. He recalls when a colleague suggested he had missed an opportunity to work with a Power BI team in the company’s legal department.

“I remember thinking, ‘Wow, I don’t think they would have shared what they shared with me without this new approach,” he says. “I was like, ‘Oh, this is a total blind spot for me.’ I corrected it, and I felt safe to do it, and I appreciated it.”

It’s a feature that has been widely appreciated.

“It makes it easy to ID a wider assortment of people whose perspective may be valuable, and this helps support the macro view that you learn best when you get input from a more diverse group of colleagues,” Friedman says.

When an employee receives feedback in the tool, they’re also given an option to say thanks via Kudos, another Microsoft Digital-built tool that uses the Microsoft PowerApps platform to make it easy to share a little love with the fellow employee who took time out to provide feedback.

“It’s natural to want to thank someone for taking the time to share their perspective, and we really value expressions of gratitude in our daily work,” Clem says. “We made it easy to further build the connection between employees and help them send a quick way to say ‘thanks.’”

And the perspective on Perspectives? Early reports suggest employees are getting fresh, valuable feedback, and that this has been a step forward in building company culture.

The new Perspectives tool is a key element of the approach but is only one part in the company’s journey to improve the way employees give each other feedback. “It takes time to shift culture and this is just one way, though a valuable one, to help us get there,” Friedman says. 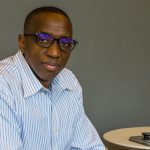 Microsoft has migrated its internal Human Resources portal to the cloud, a key step in its ongoing companywide digital transformation. Called HRweb, the portal is the second busiest at Microsoft, and represents the last major internal employee portal to move to the cloud. The migration has transformed the experience the company’s employees have when they... Read more