Editor’s note: This story has been updated with new details and updated terminology.

Location-based routing helped Microsoft overcome the challenge of finally moving its employees in India from Skype for Business to Microsoft Teams.

Made more challenging by the outbreak of COVID-19 and by India’s strict telecom regulations, the now-complete shift was the last large group of employees at Microsoft left to move to Microsoft Teams.

The December 2021 date for retiring all of Microsoft’s internal Skype for Business on-premises infrastructure was fast approaching.

The team was in the process of moving the infrastructure of Enterprise Voice, Microsoft’s cloud-based phone and audio-conferencing system, to the cloud via Microsoft Teams. While this transition played out smoothly across the globe for the rest of Microsoft, the shift to Microsoft Teams in India had an important hurdle to overcome—meeting India’s strict regulatory requirements.

One of the biggest challenges of the migration was convincing India’s local telecom service providers that the shift from Skype for Business to Microsoft Teams would comply with India’s telecom regulations, says Chee Ming Tan, a telecom engineer from the Microsoft Digital Employee Experience group, the organization that powers, protects, and transforms the company.

“The government has guidelines around hosting telecom services for the service providers,” Tan says. “We had to work with the service providers and understand their concerns. It was a shift in mindset with how we operate our Enterprise Voice infrastructure with Microsoft Teams.”

In India, it’s illegal to bypass the Public Switched Telephone Network (PSTN) provider to reduce call toll charges. TRAI regulations require phone calls to go through approved routes, whether within India or from India to phone numbers outside the country.

With Skype for Business nearing the end of its support for its nearly 4,000 employees across 13 sites in India, the Microsoft Digital Employee Experience group set up the location-based routing (LBR) feature as the solution that would save the day, albeit a complex one.

[Find out how to update your organization’s federation with Microsoft.]

As the name suggests, location-based routing is used to route calls based on an employee’s physical location.

“Without LBR in Teams, we wouldn’t have been able to move India-based users from Skype for Business on-prem to Microsoft Teams with Enterprise Voice,” says Priyanka Revuri, a senior program manager in Microsoft Digital Employee Experience. “Enterprise Voice is a feature that allows users to make calls to a telephone number. An India user who wants to make calls to a telephone number while on Teams or any platform has to abide by this telecom restriction, which LBR allows.”

Jerry Newell, a senior service engineer from the Employee Experience group, was heavily involved in managing the Enterprise Voice Enablement feature (PSTN services) in Skype for Business and Teams for Microsoft worldwide. His group played an essential role in managing all the devices and services to enable LBR, such as session border controllers (SBC), media gateways, and session initiation protocol (SIP) trunks. SBCs are devices that protect and regulate all forms of real-time communication, while SIP trunks are methods of sending voice and other communication services over the web.

In the following call examples, Newell illustrates three Microsoft Teams calling scenarios in the United States compared with calls in India with location-based routing in place. In the US, where there are no restrictions based on location, calls egress through the employee’s home base office (Redmond, Washington, for example). In India, however, because of the local telecom restrictions, the caller must be onsite and egress through where they are located.

The engineering group encountered a couple of issues with LBR and compliance at the beginning.

“We learned that just because the user PC clients on our corpnet network segment were following the India regulations, that doesn’t mean our other Teams object types like a Teams IP phone were,” says Shin Kodaira, a senior service engineer with the Microsoft Digital Employee Experience team.

“The issue we ran into was that Teams’ IP phone device accounts are supposed to be installed onto our Zero Trust network (ZTN) segment,” he says, adding that the firewall for the network was located outside of India. That meant that moving devices to Microsoft’s ZTN segment would have potentially incurred huge fines for breaking regulations.

It was a constant review of scripts, compliance, and logic. These efforts included the actual migration, licensing, setting up dates and locations—all to ensure that the migration was successful.

“Always check the routing for each object and network type when implementing LBR to ensure that all paths meet the regulations,” Kodaira says.

Since then, six new sites have been added to comprise a total of 19 sites that successfully use this setup in India.

“It was a constant review of scripts, compliance, and logic,” says Gerard Nijhuis, another Microsoft Digital Employee Experience service engineer who worked on the Skype for Business to Microsoft Teams migration. “These efforts included the actual migration, licensing, setting up dates and locations—all to ensure that the migration was successful.”

Extending beyond a collaborative approach

It goes without saying that the success of the location-based routing implementation in Microsoft Teams can be attributed to the collaborative approach of all the groups involved.

Revuri is quick to express gratitude to the multiple teams involved in the project.

“Outside of the service and telecom engineers, we had help from the Extended Service Engineering team to coordinate these efforts,” Revuri says. “The India IT managers were key in providing feedback on the overall process, as well as helping test the functionalities before continuing to other phases of the migration. They helped us identify our users and connected us directly with them to get their feedback.”

Along the way, the groups had to network with the product group and managers to get the right people involved.

“The Microsoft legal department played a big part between us and the local government,” Revuri recalls.

On top of the engineering teams, the communications and internal Microsoft Helpdesk teams also played key roles in notifying users about the planned feature changes. It was highly crucial, considering that the migration primarily took place during the beginning of the COVID-19 crisis.

“The emergence of COVID was definitely a challenge,” says Scott Kovach, the project’s Microsoft Teams service manager for Microsoft Digital Employee Experience. “One of the requirements we had to fulfill to complete the audit was to deploy an onsite team to meet the telecom company. This delayed the actual approval process.”

After many twists and turns, the team was finally ready for a multitier rollout in November 2020.

The first site that went through the migration was Gurgaon, a city in New Delhi, with 300 employees, followed by Hyderabad with 3,000 employees, another city with 1,000 employees, and soon after, the team started migrating users in four or five cities all at once.

“There were trainings before and after the migration just to make sure that things were moving smoothly,” Nijhuis says. “We got amazing feedback from the team.”

The team was able to complete the migration by January 2021.

A sense of accomplishment

After having gone through several rounds of trial and error with location-based routing implementation in Microsoft Teams, the team successfully wrapped up 2020 with a renewed sense of accomplishment, being pioneers of LBR with Enterprise Voice in India.

“I’m proud of how Microsoft collaborates as a team,” says Tan, who was involved with the Skype for Business India implementation in 2013, and now the migration to Microsoft Teams in 2020. “We didn’t lose that intense and deep collaboration. Everybody is willing to work together for alignment. Everybody is very inclusive and collaborative.”

K.C. Han, another senior engineer from the Microsoft Digital Employee Experience team, is proud of building a solution that can help Microsoft’s customers overcome the same challenge. “Using our roadmap and our solutions, other companies can also move to Microsoft Teams and implement the same thing,” he says.

“When it comes to this project, I’m proud of being part of it from beginning to end,” he says. “Making it as secure as possible and fulfilling all the requirements was our last hurdle for people to all be on Microsoft Teams. That’s something to be proud of.”

Find out how to update your organization’s federation with Microsoft.

Any device, no matter the operating system, is susceptible to a ransomware attack or a device crash. Microsoft OneDrive Folder Backup (known as Known Folder Move) is a policy deployed by Microsoft that automatically syncs the contents of a user’s critical folders—Documents, Desktop, and Pictures—to the cloud to protect it from device crashes and ransomware... 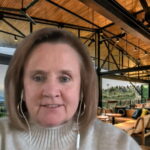 Collaboration is the name of the game in the age of remote work, and Microsoft Teams makes this possible at every level internally at Microsoft. This resonates with Gayle Townsend, a senior customer success manager in Microsoft Midwest Region Sales, a role where she helps customers bring their vision for a modern workplace to life... Read more 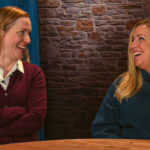 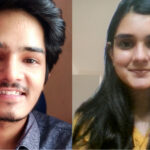 Divya Rawat, an intern with Microsoft India, worried that the Microsoft internship she had fought so hard for was going to be cancelled. So did Prakhar Mishra, another intern in Microsoft India’s summer class. “I was quite concerned at first,” Rawat says. “Many of my friends were having their offers revoked.” In India, COVID-19 quarantine... Read more