When Sahil Garg set out to overhaul how Microsoft delivers procurement and payment solutions to employees and external suppliers, he had to do one important thing first—he had to get the people onboard.

He needed the software engineers to work differently, to say “yes” and take a risk. He needed the support of his leadership chain to be less risk averse. In short, he wanted to scrap everything and start over with software patterns that support taking greater yet responsible engineering risks.

Managers like Garg are playing a critical role in Microsoft’s ongoing bid to digitally transform how it builds the products and services it sells to customers, but also to transform how its employees tackle their work.

Garg talks about how his team used microservices, APIs, and other modern engineering tools to overhaul the Procure to Pay process, the official name for how Microsoft provides solutions to enable end-to-end financial functions like buying and paying for goods and services, but the real story is more human.

“None of this would have been possible if my team hadn’t bought in,” says Garg, a principal group engineering manager on the Finance Engineering Team in Microsoft Digital. “I introduced a startup culture—to every single leader on my team, I said ‘here’s your company, I need you to go figure out how to run it, to get it to grow.’ That really gave them a sense of ownership.”

That freedom is making a difference, says Vivek Chauhan, a principal software engineering manager and one of five managers who reports to Garg.

“He stands up for his people when they need him, and even when they do not ask,” Chauhan says. “Sahil has created a safe operating environment for his teams, and as a result, our engineers are really delivering. We really love working for him.”

“When I came to lead the engineering team for our finance systems, I came to transform everything we do going from old monolithic systems to modern cloud-based services,” Wright says. “To do that, I needed leaders who could transform themselves, their teams, and the work we do.”

To get there, the team needed to experiment to find the right path.

“Our procurement and payment systems afforded us the best opportunity with less risk than other areas, and Sahil was willing to take up the challenge,” Wright says. “As a leadership team we established a set of principles we would operate by—people oriented, tech oriented, and hardcore accountability and ownership. We established our focus on the end result and the end user in everything we do. This framework and his ability to establish a robust vision enabled Sahil to quickly transform his team and the systems he was entrusted with.”

That leap of faith laid the groundwork for a complete overhaul of Microsoft’s internal buying system. It also created a blueprint for how managers can drive transformation from deep inside of large corporations, something transformation experts say is pivotal for true digital transformation to occur.

“What Sahil is doing on the Finance Engineering team is a shining example of how we’re trying to drive transformation from the inside out across Microsoft,” says Michelle Emtman, a senior human resources manager at Microsoft. “He gives his team a lot autonomy, which encourages them to be really creative in how they do things. He’s created a safe environment for them to try new things, to always be learning, and to really enjoy the work that they do.”

When Garg inherited the procure-to-pay experience, it was made up of 36 standalone applications that each had their own user experience, functionality, and unconnected datasets. Many of these experiences were piled on top of each other, dumped into the same application because it was convenient, not because they were good matches. Other apps competed to do the same tasks, but with wildly different user experiences built on different technologies. The result? Confused users and an IT team that struggled to keep everything working.

All of that had to go.

Garg’s team carved all those legacy applications up, but before they could cut away everything extra, each of the engineers on the team had to be convinced to release their ownership of their part of the old system.

“Everyone needed to trust that taking a new approach was a good idea, and that there would be a role for them when we finished, one that might be different and challenge them in new ways,” Garg says. “Each of our engineers had to rethink what matters the most to our employees and external suppliers, and, with that always in mind, modernize and connect the services that they own.”

Once everything was cut away, the team determined that there were 16 distinct kinds of independent financial processes that Microsoft employees and suppliers execute to get their jobs done. They range from onboarding and selecting suppliers, employees procuring goods and services for their needs, and suppliers and partners getting paid for the services they deliver (each with compliance and service level agreement checks at all levels).

“We needed the new procure-to-pay experience to be built around those 16 discrete services,” Garg says. “We would build one overarching user experience layer that would make it feel like one, connected experience for our users no matter which of the 16 actions they needed to take.”

Using modern engineering nomenclature, each service would be known as a microservice, built on shared APIs, and all connected to one respective set of data so there would be only one version of the truth. Each of the 16 actions would have its own presentation layer and functions, but they all would have a similar look and feel so that the user would have a seamless and consistent experience no matter what they needed to buy.

Underneath the hood, each process would be given the space it needed as long as everyone played nice and talked to each other.

“Nobody’s code is a private code,” Garg says. “If one of our services needs to build something, anyone can pick that up from our service log backlog. We don’t want anyone spending effort on something that has already been done.”

When failure becomes an option

Traditionally in industry, the only way to try something new was to move to a new job.

“As a developer, I was restricted to what my team was doing,” Garg says. “There was no opportunity for me to do other things. I didn’t want that on my team. I wanted them to be able to try different things, to fail, and then to move on.”

Garg says he feels empowered by a culture shift underway across Microsoft Digital, his larger organization, and all of Microsoft at large. As part of that, his team has embraced modern engineering principles and adopted agile development methodologies.

“It started when we got great leaders in our org who gave us needed room to innovate and had us focus on modernizing our engineering practices,” he says. “Then when (Microsoft Chief Digital Officer) Kurt DelBene came on board, he stamped his message of approval on what we were doing. That gave us the motivation and the boldness that we needed, confirming that what we were thinking of was the right approach.”

You don’t have to look farther than our huge set of manual processes and teams of people that the team had in place to help end users get through the company’s buying and getting paid scenarios.

“We have goal—if one person is doing it manually, then our tool isn’t working the way we want it to work,” Garg says. “We’re chasing that goal, but we’re not there yet.”

Garg’s team is now ready for its next big transformation, which is to move the procure-to-pay experience beyond the service model approach to a predictive model.

The goal is to use AI and machine learning to predict when tools are going to breakdown, to help employees figure out what they’re trying to do, and most importantly, to bring the right insights to our end users when and where they need them most to make good decisions.

And what about those teams who used to do all that manual work?

Enabling the operations team to move from doing manual, repetitive tasks to helping transform the procure-to-pay process is rewarding, but the bigger success is how much better the internal purchasing process now works, he says.

“If I look back where we were four years ago, If I was an employee, I deserved better,” Garg says.

Now it takes seconds to make purchases that used to take hours, even days.

“What I feel most satisfied by is that we have changed their lives,” Garg says of company employees, both those who make purchases and those who manage the programs that allow employees to buy stuff. “We have made both more productive. We have given them time back.”

To learn more, read this case study on designing a modern service architecture for the cloud and this blog post on DevOps engineering practices. 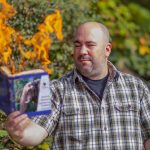 DevOps is sending engineering practices up in smoke

When it comes to modernizing how software engineers write their code, sometimes you just have to light things on fire. Just ask James Gagnon. He’ll tell you that good engineering teams at Microsoft and in Microsoft Digital are driving towards using DevOps to do their work, and with good reason. “DevOps is a foundational part... Read more

Changing of the guard: How Microsoft moved its monitoring to Azure Monitor

It was time to modernize monitoring as part of Microsoft’s transition to a DevOps engineering model, and it was Dana Baxter who got the nod to lead the effort. “At Microsoft, we want to move to native Azure services,” says Baxter, a senior service engineer in Microsoft Digital. Baxter’s team is centralized and provides monitoring... Read more