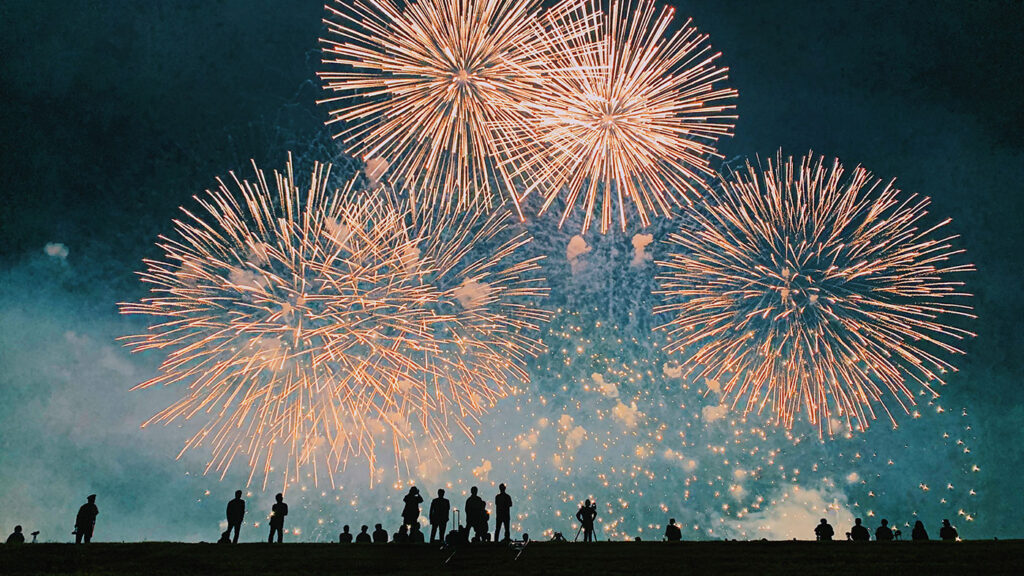 Fireworks displays celebrating Independence Day are a mainstay in American culture. Yet, research shows fireworks lead to high levels of air pollution. For example, one study estimated July 4th celebrations produced a 42% increase in particulate matter nationwide. particulate matter can stay in the air for days or weeks, so poor air quality from fireworks can last long after festivities have ended. We also know that exposure to fine particulate matter (PM2.5) is related to a host of poor health outcomes, including asthma-related outcomes, cardiovascular and respiratory diseases, poor birth outcomes, and even premature death.

In Chicago, we deployed over 90 air quality sensors just before the 4th of July weekend. Our devices showed city-wide PM2.5 levels rising from “good” to “moderate” on July 4, and particulates lingered in the air for days. On July 7, average levels were still over double pre-holiday readings. Our network of hyperlocal low-cost air sensors also allows us to observe differences in air pollution levels across neighborhoods of Chicago. While our sensors are subject to some inaccuracies, they can help uncover the variability and behavior of pollution, adding new information to complement the data EPA collects with highly accurate but sparsely distributed stations. When we mapped our data, we saw lower levels in the north side on July 3, and noticeably higher levels in the south and southwest sides of Chicago that appear most pronounced on July 4 and 6.

These differences in pollution track social and economic differences across neighborhoods. In Chicago, the second most segregated metro in the US, communities of color cluster on the west, south, southwest, and southeast sides. These are the same neighborhoods where we observe elevated air pollution exposures.

Though public health researchers have declared residential segregation is “a fundamental cause of racial disparities in health” and have explicitly connected segregation to disparities in health via inequitable exposures air pollution, we still lack the tools needed to monitor exposures at the neighborhood scale – the scale at which inequities emerge. Project Eclipse, and sensor deployments like it, could enable urban public health departments to monitor hyperlocal outdoor air pollution exposure not just over 4th of July, but every day.

Friday, May 13 Microsoft’s EcoPod is honored to be co-hosted by The DuSable Museum of African American History and Chicago Park District for Green City Day. Come join EcoPod and local Chicago organizations working across the environmental spectrum to address education, action, and community engagement for a greener future. Come taste award winning…

We are thus particularly interested in candidates with experience in remote sensing or cross-training satellite-based models with ground-level measurement.

When focusing on climate change, why focus on cities?

Our group is developing technological solutions for cities because cities are where the majority of humans live and work. Cities are where most people will experience the effects of a changing climate, and where there is the most potential to reduce emissions quickly.