Rapid cyberattacks like Petya and WannaCrypt have reset our expectations on the speed and scope of damage that a cyberattack can inflict. The Microsoft Enterprise Cybersecurity Group Detection and Response team worked extensively to help customers respond to and recover from these kinds of attacks. In 2017, among the global enterprise customers that we worked with, these rapid cyberattacks took down most or all IT systems in just about one hour, resulting in $200M – 300M USD of damage at several customers. [1]

Attackers assembled several existing techniques into a new form of attack that was both:

What is a rapid cyberattack?

What are the technical and business impacts of a rapid cyberattack?

From a technical perspective, this represents the near-worst case technical risk, and resulting business risk, from a cybersecurity attack. While many of us in cybersecurity have grown accustomed to and jaded with sales presentations describing “doomsday scenario” tactics, these attacks indisputably represent real world cases of mass business impact on organizations.

For many of the Petya victims, most or all their computers were taken down in about one hour (~62,000 servers and workstations in a global network, in one case). In these customer environments where our incident response teams were engaged, many critical business operations came to a full stop while the IT team recovered systems.

From a business perspective, some organizations suffered losses in the range $200M – 300M USD and had to change the operating results they reported to shareholders. Note that the actual level of business impact can vary by industry, organization size, existing risk management controls, and other factors. However, it’s clear that the monetary and resource impacts from rapid attacks can be significant.

What makes rapid cyberattacks different from other attacks?

Petya differed from several accepted attack norms, taking many defenders by surprise. Here are four of the ways it did so:

Figure 2: What made Petya different

To learn more about rapid cyber attacks and how to protect against them, watch the on-demand webinar: Protect Against Rapid Cyberattacks (Petya [aka NotPetya], WannaCrypt, and similar).

Look out for the next blog post of a 3-part series to learn how Petya works and key takeaways. 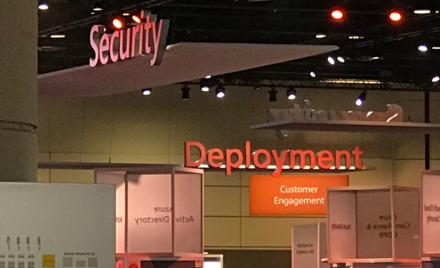