Looking for the ‘Sliver’ lining: Hunting for emerging command-and-control frameworks

Microsoft has observed the Sliver command-and-control (C2) framework now being adopted and integrated in intrusion campaigns by nation-state threat actors, cybercrime groups directly supporting ransomware and extortion, and other threat actors to evade detection. We’ve seen these actors use Sliver with—or as a replacement for—Cobalt Strike. Given Cobalt Strike’s popularity as an attack tool, defenses against it have also improved over time. Sliver thus presents an attractive alternative for actors looking for a lesser-known toolset with a low barrier for entry.

First made public in late 2019 and advertised to security professionals, Sliver is an open-source framework that’s available on GitHub and includes many common C2 framework features such as support for multiple simultaneous operators, multiple listener types, user-developed extensions, and payload generation. Since December 2020, we’ve observed threat actors adopting Sliver into their arsenal.

In this blog, we share how the researchers behind Microsoft Defender Experts for Hunting analyzed Sliver and used both lab-simulated attacks and real-world threat activity to create hunting queries to surface Sliver and other C2 frameworks.

For security researchers, there’s a distinction between hunting and detection. For novel threats, researchers try to strike a balance between high-fidelity detection rules identifying a specific, known malware family, threat actor, or class of behavior and low-fidelity hunting rules, which generate more false positives but also more generically capture a technique and its derivatives.

The following sections illustrate the art and science of how these lower-fidelity rules help threat hunters measure and contextualize suspicious observations to find novel or stealthy threats.

Threat actors use C2 frameworks to manage their access to compromised hosts and networks during an intrusion. A C2 framework usually includes a server that accepts connections from implants on a compromised system, and a client application that allows the C2 operators to interact with the implants and launch malicious commands.

Many threat actors integrate public, open-source C2 framework options into their arsenal because these have a low barrier to entry and offer several advantages for attackers like low cost, ease of modification, and difficult attribution. As previously mentioned, Sliver is one such open-source framework. Although Sliver is somewhat new, the TTPs it implements are common across many frameworks.

Below are examples of how Defender Experts hunt for these TTPs to identify Sliver and other emerging C2 frameworks in customer environments.

Sliver, like many C2 frameworks, supports various network protocols such as DNS, HTTP/TLS, MTLS, and TCP. It can also accept implant or operator connections and host files to impersonate a benign web server.

The first step in testing any C2 framework is starting listeners and scanning them to identify anomalies. Some common artifacts are unique HTTP header combinations and JARM hashes, the latter of which are active fingerprinting techniques for TLS servers. RiskIQ has shared such a methodology for Sliver and Bumblebee detection.

Since Sliver is written in the Go programming language (GoLang), its implants are cross-platform compatible. By default, operators can generate implants in several formats, including:

Sliver also supports stagers—smaller payloads with few built-in features that are primarily intended to retrieve and launch a full implant. Stagers are used by many C2 frameworks to minimize the malicious code that’s included in an initial payload (for example, in a phishing email). This can make file-based detection more challenging.

However, operators don’t need to use Sliver’s default DLL or executable payloads. Motivated threat actors can generate a Sliver shellcode and embed it in custom loaders like Bumblebee that then runs the Sliver implant on a compromised system. Detection engineers can create loader-specific detections or, if the shellcode isn’t obfuscated, rules for the shellcode payload that is embedded in the loader.

When responding to a suspected intrusion, security analysts may find themselves with a malware payload with little context. Quickly extracting key configuration details from the malware like C2 address, network configurations, and other implant details is a crucial step in hunting for affected devices in the network.

Many implants, including Sliver, heavily obfuscate or encrypt useful information to prolong analysis and detection attempts. Sliver, like other implants based on GoLang, uses public libraries for this purpose. Current implementations use the garble library while earlier versions use the gobfuscate library. Several researchers have created tools to assist with “de-obfuscating” strings in payloads, but it is still a fairly manual process[1] and not all libraries are supported.

In such cases, we can extract configurations we are interested in more easily when they’re loaded into memory. Sliver must de-obfuscate and decrypt its configurations to use them, so we can scan memory for these values and extract them programmatically to get results like configuration data, as illustrated in Figure 1 below:

Some malware will attempt to obfuscate or encrypt configurations in memory as well. Cobalt Strike’s “sleep_mask” is a good example of this. However, it’s important to note that even in these cases, the malware must decrypt the configurations when it wants to check in with the C2 server for new instructions. Thus, extracting configurations from memory requires intentional timing.

Sliver includes a variety of built-in techniques and post-exploitation functionality. One of the most common underlying techniques used by C2 operators and frameworks is process injection, which is a method of running arbitrary code within the address space of a separate live process.

Attackers use process injection for defense evasion, access, or privilege elevation, distancing risky code execution, and many other reasons. As Microsoft researchers explained: “[P]rocess injection gives attackers the ability to run malicious code that masquerades as legitimate programs. With code injection, attackers don’t have to use custom processes that can quickly be detected. Instead, they insert malicious code into common trusted processes (e.g., explorer.exe, regsvr32.exe, svchost.exe, etc.), giving their operations an increased level of stealth and persistence.” Figure 2 below illustrates how process injection typically works:

Just like any other C2 framework, Sliver utilizes process injection as a core part of many default commands or capabilities, such as:

Sliver also uses common process injection implementations. For example, as of this writing, the built-in Sliver migrate command migrates to a remote process using a classic combination of VirtualAllocEx, WriteProcessMemory, VirtualProtectEx, and finally CreateRemoteThread Windows API calls. Other commands such as Sideload, SpawnDll, and Execute-Assembly also rely on this combination. This sequence of injection-related API calls is well documented, and Microsoft Defender for Endpoint generates alerts like A process was injected with potentially malicious code based on the combination of such API calls:

Aside from process injection, Sliver provides additional familiar techniques such as lateral movement via a PsExec command. Defender for Endpoint generates multiple alerts on such default techniques:

Based on our analysis of the Sliver framework, Defender Experts designed advanced hunting queries to surface Sliver-related threat activity. These hunting queries leverage Kusto Query Language (KQL), a query language specifically designed to work with large datasets in Azure. Unless otherwise noted, the detection and hunting guidance in this blog are designed for official, non-customized Sliver codebase available as of this writing.

Customers can run the following queries in the Microsoft 365 Defender portal. These queries are examples of how hunters can key in on unique default configurations implemented by Sliver.

The following query finds potential launch of the built-in GetSystem command, where the default target process of spoolsv.exe is used as the target process for injection. The query looks for SeDebug privileges being added to a process, followed by that same process creating a remote thread in spoolsv.exe within 30 seconds.

The following query finds the default, unique PowerShell command used when Sliver creates an interactive shell with the ‘Shell’ command.

The following query finds default values for the ImagePath, DisplayName, and Description of the service installed on the remote system when using Sliver’s PsExec command.

The following query is an alternative method of searching on the same service properties but within service installation events instead of registry keys.

Our analysis of Sliver’s source code and functionality reveals hunting opportunities that can also be adapted for use against other malware frameworks. In addition, Sliver and many other C2 frameworks are yet another example of how threat actors are continually attempting to evade automated security detections. Threat hunting provides an added layer to other security mitigations and can help address areas of defense evasion. By focusing research efforts on the underlying attacker techniques used within Sliver, detections and threat hunting strategies are more resilient to future changes in attacker toolsets implementing those techniques.

Defender Experts is part of Microsoft’s global network of more than 8,500 security experts that further enriches our vast cross-domain signals and lets us deliver coordinated threat defense in our security products and solutions. As seen in our research on Sliver, our monitoring of the threat landscape informs advanced, high-fidelity KQL queries that are then thoroughly tested to form the basis of our Defender Experts Notifications. These notifications are designed to identify the most important risks, and provide technical information, as well as hunting and mitigation guidance.

Our insights from threat hunting and monitoring also feed into products like Microsoft Defender for Endpoint that then alert customers to malicious activity seen with C2 frameworks like Sliver. The following titles in the security center can indicate threat activity on their networks:

Microsoft customers can also apply the following security mitigations to reduce the impact of Sliver and other similar threats:

Organizations can also follow these general best practices to make their networks resilient against attacks:

To find out how you can extend your ability to defend and manage your security with managed services from Microsoft, learn more about Microsoft Security Experts. 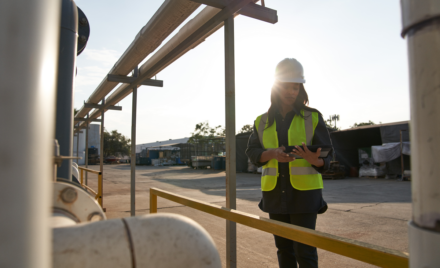