A New Way to Visualize Earth

As the state geologist for Arizona, Lee Allison knows granite from sandstone, a syncline from an anticline. But he has lacked the ability to look through rocks to visualize the inner workings of the Earth. 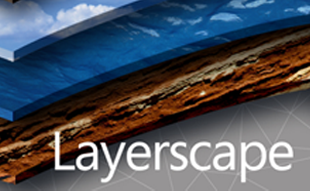 In the past year, Allison has been using a Microsoft Research-developed tool called Layerscape. Based on the popular WorldWide Telescope, also developed by Microsoft Research, Layerscape is a cloud-based instrument that enables earth scientists to analyze and visualize massive amounts of data. With Layerscape, scientists can create three-dimensional virtual tours of the Earth; explore new ways of looking at Earth and oceanic data; and build predictive models in areas such as climate change, health epidemics, and oceanic shifts.

“With Layerscape, we can look not only across the surface and bring in all the geologic maps,” he says. “We’re also bringing in the subsurface data—the millions of boreholes, water wells, oil and gas wells—and looking down in 3-D and bringing that information together to create a 3-D visualization that we’ve never been able to do before.

“Layerscape is giving us a visualization capability to show decision-makers, to show industry, to show the public how to use this scientific data and what the implications of it are to their lives.”

WorldWide Telescope, which launched in 2008, gives users an observatory housed within a PC. But it always was more than a way to explore space. It also offered a trove of information drawn from scholarly publications and databases, giving users detailed information about nearly any astronomical body. 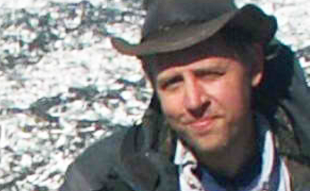 One of the big challenges for the environmental scientist is managing the flow and the visualization of research data, Fatland says. Layerscape uses the power of a PC’s graphics processor to visualize large amounts of data in space and in time. It can be used to render 3-D visualizations from data sets such as historical surface-temperature measurements, chlorophyll concentration, seismic activity, greenhouse-gas diffusion, sea-ice extent, wind patterns, ocean pH—even the drift of Saharan dust as it fuels plankton blooms across the surface of the Atlantic Ocean with nitrogen and iron.

“It gives scientists a way to generate a story about their data—to visualize and tell stories around complex data sets,” Fatland says. “It’s like you’re given the camera and lighting and a film crew, and you can change the story and edit it any way you wish.”

Fatland has created a webpage with demonstrations of Layerscape’s capabilities, such as the way it enabled one contributor to visualize earthquake activity near Samoa and Japan.

Layerscape was first shown in beta version in San Francisco during December’s meeting of the American Geophysical Union (AGU). On Feb. 16, it was released, incorporating feedback received after the AGU meeting.

In Arizona, for instance, geologists have records of essentially all earthquakes that occurred during the past 150 years. By importing that data to Layerscape, Allison’s team quickly created an animated visualization of those earthquakes, by location and intensity.

“That has really been an eye-opener for the geologic hazards community,” he says. “There’s a common perception that ‘Arizona isn’t California—we don’t have earthquakes in Arizona.’ But we really do have a hazard here, and Layerscape is helping demonstrate that for us.”

Allison, and the Arizona Geological Survey he directs, were among the approximately 30 collaborators working with Layerscape to show its capabilities before the release. Another collaborator has been the Monterey Bay Aquarium Research Institute, located in Moss Landing, Calif. There, James G. Bellingham, chief technologist, has been using Layerscape to solve what he calls the “incredible detective story” of understanding the world’s oceans and their role in climate.

Today, ocean scientists such as Bellingham are collecting enormous amounts of data about the ocean by deploying autonomous underwater vehicles—essentially, underwater robots that can take video and can measure temperature, salinity, chemistry, and currents.

Managing that growing amount of data is a challenge.

“In the past,” Bellingham says, “the way we visualized data was we created a plot, we printed it on a paper, we put it on the wall, we thought about it.”

But now he uses Layerscape to manipulate and visualize the data.

“What Layerscape lets us do is interact with the data and explore these data sets,” Bellingham says. “Sometimes, we’re really more interested in a story, and Layerscape helps us tell stories. It’s becoming one of the tools that we use now for exploring these data sets, which are not just three-dimensional, but also four-dimensional over time.”

He also is collaborating with Fatland—whose background is in earth sciences—on an instrument package that will measure the DNA and RNA of marine organisms as they drift through the ocean.

“Our question is: How do these organisms respond to the changing ocean environment?” Bellingham says. “And can we actually see, in a visual way, how these organisms are distributed? That’s what Rob is helping me work out with Layerscape.”

Mark Abbott, dean of the College of Earth, Ocean, and Atmospheric Sciences at Oregon State University, is another ocean scientist collaborating with Microsoft Research on Layerscape. He sees great potential in Layerscape’s ability to handle diverse, complex data while also creating new opportunities for collaboration.

“Layerscape offers the opportunity,” Abbott says, “to look at a whole range of variables and overlay them in space and, eventually, in time—so you can see how these ocean landscapes change and respond to changes in the environment,” such as climate change and the increasing acidification of the oceans.

Layerscape is available as a free download to run in conjunction with WorldWide Telescope.

“We believe the earth sciences are an important space in research, and we know that, for most researchers, money is tight,” Fatland says. “We believe these people are worth supporting.”

Although downloadable by anyone, Layerscape is aimed primarily at scientists, who can sample the program and provide more feedback. That will help Microsoft Research build features in preparation for a future release.

Certainly, if the success of WorldWide Telescope is any indication, Layerscape in time will prove popular with the public as well as the scientific community. WorldWide Telescope has been downloaded 4 million times and is used by researchers and educators, as well as people simply interested in exploring space from their desktop.

Using Layerscape, that exploration now extends to a planet—our own—that is well-known to most people, but not really well-understood.