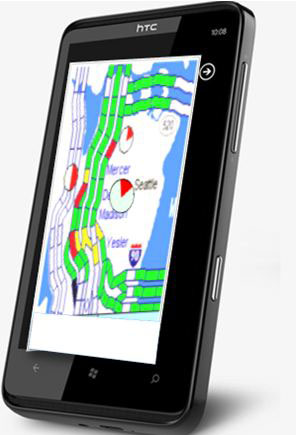 Machine learning methods have been applied to create methods that provide estimates of flows inferences about current and future traffic flows. Research on the JamBayes project, started in 2002, was framed by the frustrations encountered with navigating through Seattle traffic, a region that has seen great growth amidst slower changes to the highway infrastructure. 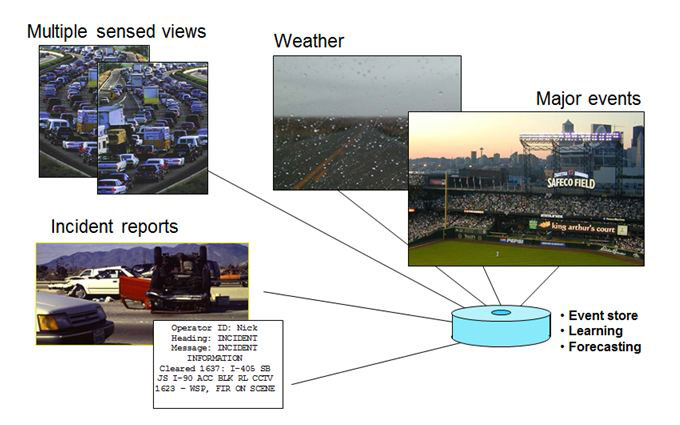 JamBayes focused on learning to forecast flows from multiple streams of information.The challenge was to predict the future of traffic flow: How long would it be until a current traffic jam on the highway system of Seattle would melt? How long until open flows on different segments of the highway system of Seattle would become clogged? The idea was to combine heterogeneous streams and histories of information to make these predictions. These streams included multiple years of different types of data, including sensed highway data, reports of accidents throughout the highway system, weather, and major regional events such as Mariners and Supersonics games.

Data was analyzed and processed into a predictive model that is used in real time to generate predictions about the duration of jams on different regions of the highway system.

The work led to the Smartphlow prototype which has been used by thousands of Microsoft employees for years. Smartphlow explored both the fielding of a predictive traffic service as well as navigation techniques for small devices. 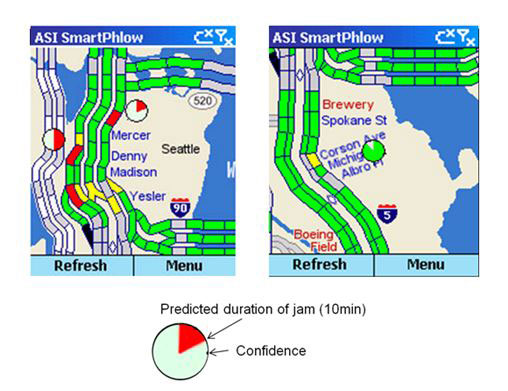 Display of JamBayes on smartphone, showing with graphical icons predictions of time until traffic jams would likely melt (red clock icon on display at top left) and times until a freeflowing portion of the freeway would likely clog (green clock at top right). The clock icons included display of the system’s context-sensitive confidence in the inference, by showing standard deviations around the expected time (bottom).

The methods and tools developed within the JamBayes research effort were licensed to Inrix Corporation, a traffic-centric startup, based in Kirkland Washington. 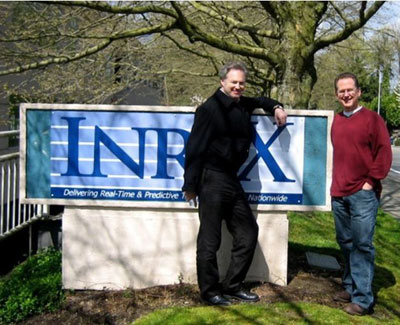 Work on traffic forecasting led to work on human expectations and surprises and on a surprise modeling service that was fielded in Smartphlow. With surprise modeling, machine learning is used to forecast future events that will surprise people. Surprise modeling and forecasting in Smartphlow considers when traffic will be jammed unexpectedly or will flow more than expected (e.g.,, during rush hour) on routes of interest. Smartphlow users can set up alerting so that their devices alert them when a surprise lurks within a half hour on their commute home, as commute time approaches.

Scaling up to All Roads: Clearflow Project

In a Microsoft Research project named Clearfow, following on to the JamBayes effort, efforts focused on applying machine learning to learn how to predict the flows on all street segments of a greater city area. The work has leveraged large amounts of GPS data collected from volunteers, buses, and paratransit vehicles for over five years. The data is used to learn about dependencies among flows based on multiple aspects of road networks, including road attributes and topology. The Clearflow project addressed the challenge with generating traffic-sensitive directions. Simpler traffic-sensitive routing consider known flows, such as sensed flows on highways, and consider traffic jams as only existing on those roads, often re-routing drivers onto even more crowded surface roads, assuming that the side streets are not influenced by traffic. Clearflow considers all flows on all roads via predictive models in addition to real-time sensing. Directions are provided based on best guesses about flows over all roads. 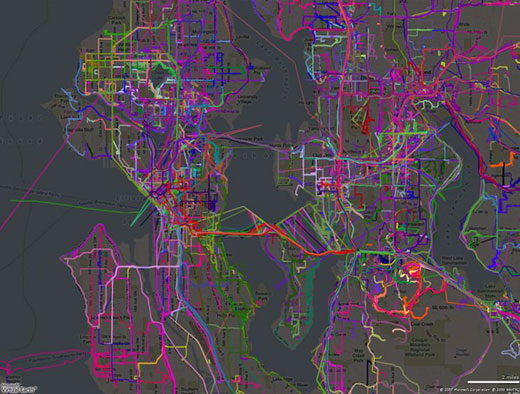 Large amounts of GPS data were collected on highway systems from volunteers and participating buses and paratransit vehicles. This figure highlights some of the data collected as displayed as colored trails.

A Clearflow prototype constructed at Microsoft Research was made available as a service to the whole Microsoft community for providing directions within Seattle. The prototype helped with refining the methods and in better understanding user needs and satisfaction. 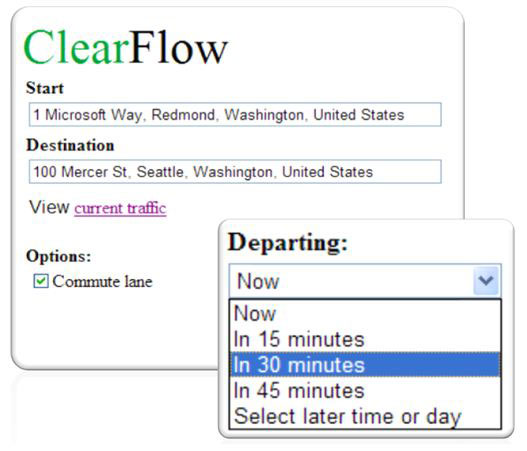 Input fields for Clearflow prototype fielded internally at Microsoft as part of the R&D process.

From Microsoft Research to Bing Maps

Given the successes of the Clearflow prototype, collaborations were initiated with the Bing directions team. The intensive work led to the fielding of a version of Clearflow for 72 major cities in North America, where Clearflow is used for inferences on over 60 million road segments in North America. 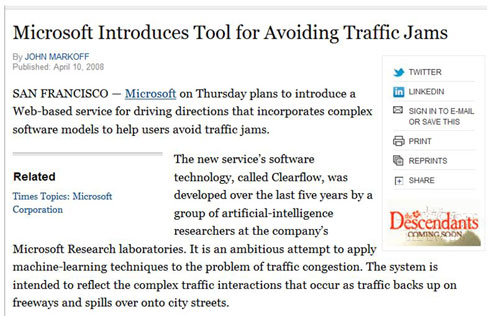 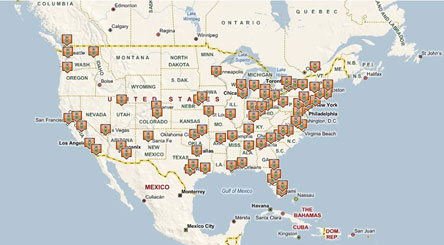 Users can gain access to the directions provided by the Clearflow traffic service for 72 North American cities. Simply go to Bing Directions. When asking for directions, Bing will provide default directions and provide a link that allows users to see traffic-sensitive directions. 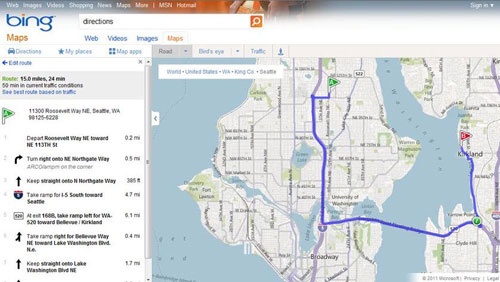 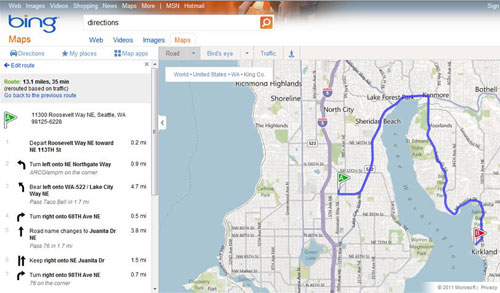