At the 26th ACM Annual Symposium on Operating Systems and Principles, better known as SOSP 2017, my colleagues described a new technology called CrystalNet – a high-fidelity, cloud-scale emulator that helps network engineers nearly eliminate network downtime related to routine maintenance and upgrades as well as software bugs and human errors.  A collaboration by Microsoft Azure and Microsoft Research teams, CrystalNet was developed through the application of two years’ worth of research to create an emulator bulletproofed by Azure network engineers who operate one of the largest networks on the planet.  The result is a first-of-its-kind set of tools that help significantly decrease network downtime, and increase availability for Azure customers.

Cloud networks are constantly growing and evolving. They consist of immensely complex and massive cloud-scale production networks, interconnecting hundreds of thousands of servers using millions of wires and tens of thousands of network devices that are sourced from dozens of vendors and deployed across the globe with stringent needs for reliability, security and performance. It’s imperative to continually monitor the pulse of the networks, to detect anomalies, faults, and drive recovery at the millisecond level, much akin to monitoring a living organism. Networks are essentially the cloud, as they are the core infrastructure that hold up cloud services and helps deliver availability across other key services such as compute and storage. However, there are few currently available tools at the disposal of cloud providers to proactively foresee the impact of planned updates and changes, or a bug in the system. Before making any changes to the network, engineers can run the proposed changes through our verification tools, which check the impact of the configuration changes before green-lighting them for deployment in our production networks.

Emulating a Cloud-Scale Network
The idea of testing before deploying is age old, but following a two-year study by Microsoft Research looking at all documented outages across all major cloud providers, we believed that we could find most potential problems proactively if we first validated a production network on an identical copy of the network. By identical copy, we literally meant using the same network topology, hardware, software and configurations as in our production network. Using the cloud to build the cloud is a common design pattern for creating and running an enterprise high-performance cloud, but replicating the physical hardware of the entire network is too expensive and where would we put it? To more cost efficiently solve this problem, we run hardware, software and network configurations on virtualized hardware interconnected exactly as the production network architecture. In effect, we create a large-scale, high-fidelity network emulator that allows Azure engineers to validate planned changes and gauge the impact of various updates and failure scenarios. We call our network emulator “CrystalNet,” seeing the future of your network via a crystal ball.

Figure 1: The architecture of CrystalNet

The Proof is in the Pudding
Azure engineers have been using CrystalNet to successfully emulate Azure’s production networks. Specifically, our colleagues in Azure Networking have used CrystalNet’s unique capability to validate and reduce the risk of new network designs, major network architecture changes, network ﬁrmware/hardware upgrades and network conﬁguration updates. They have also been using it as a realistic test environment for developing network automation tools and for developing our in-house switch operating system, Software for Open Networking in the Cloud, called SONiC.

CrystalNet was a critical tool to enable migration of Microsoft Azure’s regional backbones from old architectures to a new standardized architecture with zero user impacting incidents, even though production traffic flowed through the network continuously during the migrations. Making such major changes to an operational network is often fraught with peril. Operators must guarantee that no noticeable disruption or degradation of existing trafﬁc in the region will happen during or after the migration. CrystalNet allowed Azure service engineers to intensively validate and reﬁne their operational plans and software tools. They discovered and resolved several hard to find bugs in tools and scripts, thus averting potential outages. The ﬁnal migration plan, verified and perfected on CrystalNet, did not trigger a single incident. There were no incidents of casual human errors such as typos either, which the engineers attributed to intensive practice sessions on the emulator.

Looking into the Crystal Ball
CrystalNet’s ability to accurately emulate a large complex network is powerful. Azure customers have expressed interest in our network emulator because they see it as a way to reduce downtime in their own enterprise networks. Network device vendors are equally keen to use CrystalNet to test their products before putting them on the market. Our colleagues in academia and industrial research labs tell us that they want to use CrystalNet to experiment and explore new and groundbreaking ideas. This genuine interest in CrystalNet is driving us to continuously work with Azure engineers to perfect the technology.

Microsoft Azure cloud hosts a wide variety of services, and Azure has hundreds of network edge locations worldwide across the globe’s six continents to host those services. The Azure locations host many interactive (latency-sensitive) services that cater to consumer and enterprise clients covering a broad set of products around productivity, search, communications, and storage. These […] 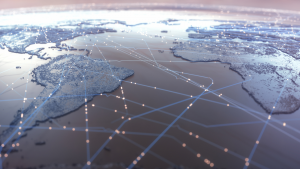 What does it take to build one of the most reliable hyperscale clouds on the planet? It clearly requires astronomical investments and a vast organization that operates at global scale in near seamless coordination. Yet the breakthroughs that fuel this story emerged organically, from a combination of innovation and mentoring relationships that grew into close […] 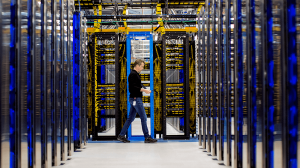 Microsoft Research and Microsoft Azure are committed to developing technologies that make our data centers the most reliable and high-performance data centers on the planet. We also are committed to extending the state of the art in cloud computing by sharing our ideas openly and freely. This is evident in the technical program of the […]