Getting compilers right: a reliable foundation for secure software

Compiler writers work around the clock to continuously deliver better compilers. They are driven by the ever-increasing importance of: 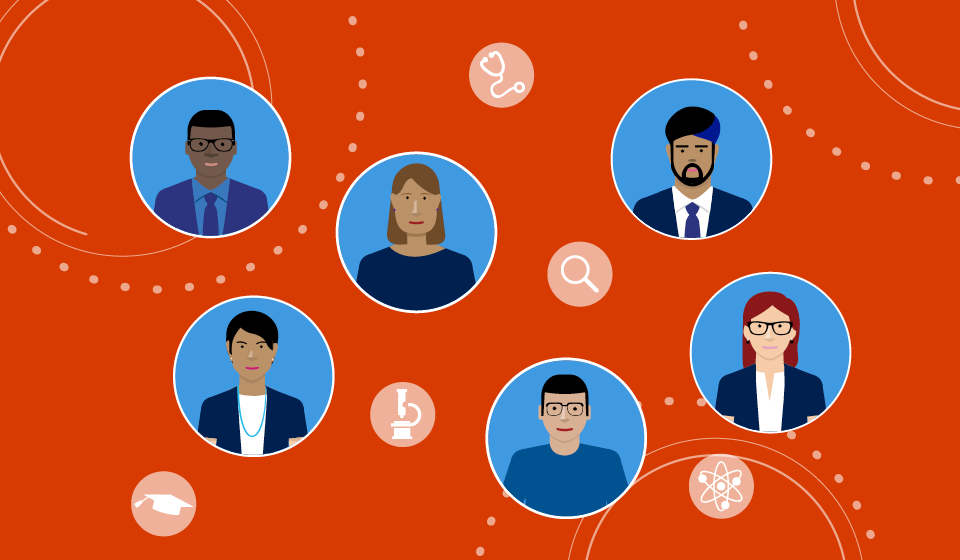 Compilers are big: most major compilers consist of several million lines of code. Their development is not stale either: every year, each compiler sees thousands of changes. Their sheer size and complexity, plus the pressure to continuously improve compilers, results in bugs slipping through. These compiler bugs may in turn introduce security vulnerabilities into your program.

Let’s look at a key optimization that removes bounds checks. These are commonly used by memory-safe languages (such as C#, Rust, Swift, etc.) or manually in languages such as C++ to ensure that programs cannot access a memory region that they shouldn’t (to avoid security vulnerabilities). For example, a memory load could look like the following:

Compilers will try very hard to eliminate the bounds check or hoist it out of the loop. Compilers can only do these transformations when they can prove it is safe to do so (e.g., if the check always succeeds). However, a buggy compiler optimization may decide to replace the in_bounds check with true because it mistakenly proved that it wasn’t possible for it to be false, essentially removing the bounds check. This may happen because of a bug in one of the hundreds of thousands of lines of code used to prove that the check wasn’t necessary.

Attacks based on compiler bugs are not yet commonplace, but are not science fiction either. It is possible to take advantage of compiler bugs to, for example, elevate user privileges, bypass authentication mechanisms, or steal information. The existence of these attacks has been known at least since 1974, when the Multics security evaluation report mentioned the possibility of injection of security vulnerabilities by compromised or simply buggy compilers. More recently, researchers managed to compromise a machine running Ubuntu and escalate privileges using a publicly known bug in LLVM.

Ensuring that compilers are correct is therefore critical to both the correctness and security of your software. Compiler bugs are hard to detect, yet a single bug can introduce a security vulnerability in your program, or make it compute the wrong result. 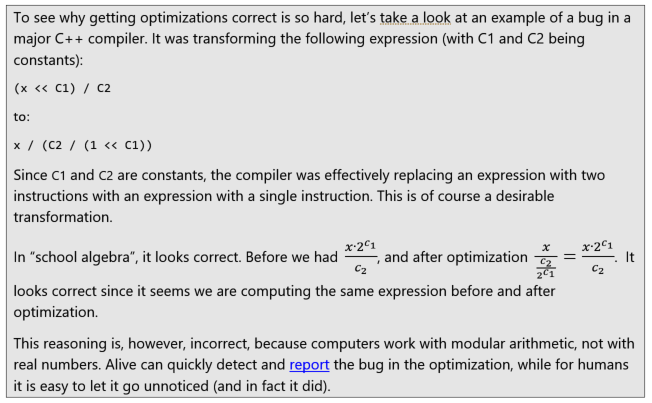 We also are working on verifying that the output of compilers is correct. Instead of verifying upfront that an optimization is valid for all input programs, we verify at compile time that the optimization behaved correctly for the particular input it was given (i.e., your program). This approach is called translation validation. Translation validation works by taking a snapshot of the intermediate representation (IR) before and after each optimization and automatically proving that the latter is a refinement of the former.

Translation validation is a powerful ally for verification: first we can support older code that may be out of reach for current automated verification techniques, and second, it provides an extra safety net.

A related line of work we are pursuing is on semantics of compiler IRs. How can you verify that something is correct if you don’t know what it really means? That’s why we’ve been studying the semantics of modern compiler IRs, and how to fix the inconsistencies we’ve discovered. More details are available in our upcoming paper that we’ll be presenting at PLDI ’17 in Barcelona later this month.

Clearly, it is important to make sure your compiler is working correctly, both for protecting the entire stack, and for reducing exploitable security vulnerabilities in applications. The tools we are working on are designed to automatically prove the correctness of parts of compilers. Microsoft will continue working with its partners to ensure there are no bugs in compilers that may compromise your application’s correctness and security.

Editor’s Note: Microsoft is a Silver sponsor of this year’s PLDI Conference taking place in Barcelona, June 18-23. PLDI is the premier forum in the field of programming languages and programming systems research.