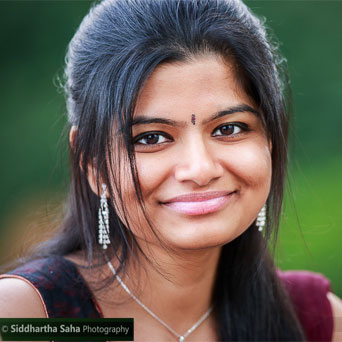 When Vidya Srinivasan returns to the Grace Hopper conference this week, she’ll get a quick answer to her recent tweet about the opening day Code-a-thon—“LOVE #OpenSource?”

Affirmations will surely come in the form of the 230 participants signed up for Open Source Day when the Grace Hopper Celebration of Women in Computing begins Wednesday in Houston.

Contagious enthusiasm has never been in short supply at what is the largest gathering of women in computing. In her fourth year of attendance, Srinivasan, a technical program manager on the Microsoft SharePoint team, will join an expected attendance of 12,000—up from 8,000 last year and 4,700 in 2013. But the swelling numbers will mean little if they don’t translate into more women entering and staying in technical fields—perennial goals at the heart of this year’s GHC mission: “Our time to lead.”

For Srinivasan, leading Open Source Day has involved starting in February with a team of GHC volunteers in North America and Europe to design an event for participants to finish coding a project in a day. The resulting apps are “built and maintained as ready to be deployed, always-on, open-source solutions, supporting ongoing nonprofit community work, community and civic resiliency preparations, and disaster response and relief efforts.”

“It’s not always about the end result, it’s the experience that matters,” Srinivasan says, highlighting the value of collaboration in a dynamic environment along with using the latest coding techniques and best practices. “Our advice is: ‘It’s okay if you don’t have a complete plan when you start. Go there and do it anyway and you will eventually figure it out.’”

Some aspects of working in technology aren’t as forgiving, however, an issue that inspired Srinivasan to start working early this year to organize and host a panel discussion called “Navigating Up from Rejection.”

The session, scheduled for noon Thursday, will explore ways of getting through unexpected roadblocks. As conference notes state, “what matters is how we respond to rejection by finding a new path.” Srinivasan’s panel includes an entrepreneur, a principal software engineer, a 15-year IT veteran, and a data scientist from the White House.