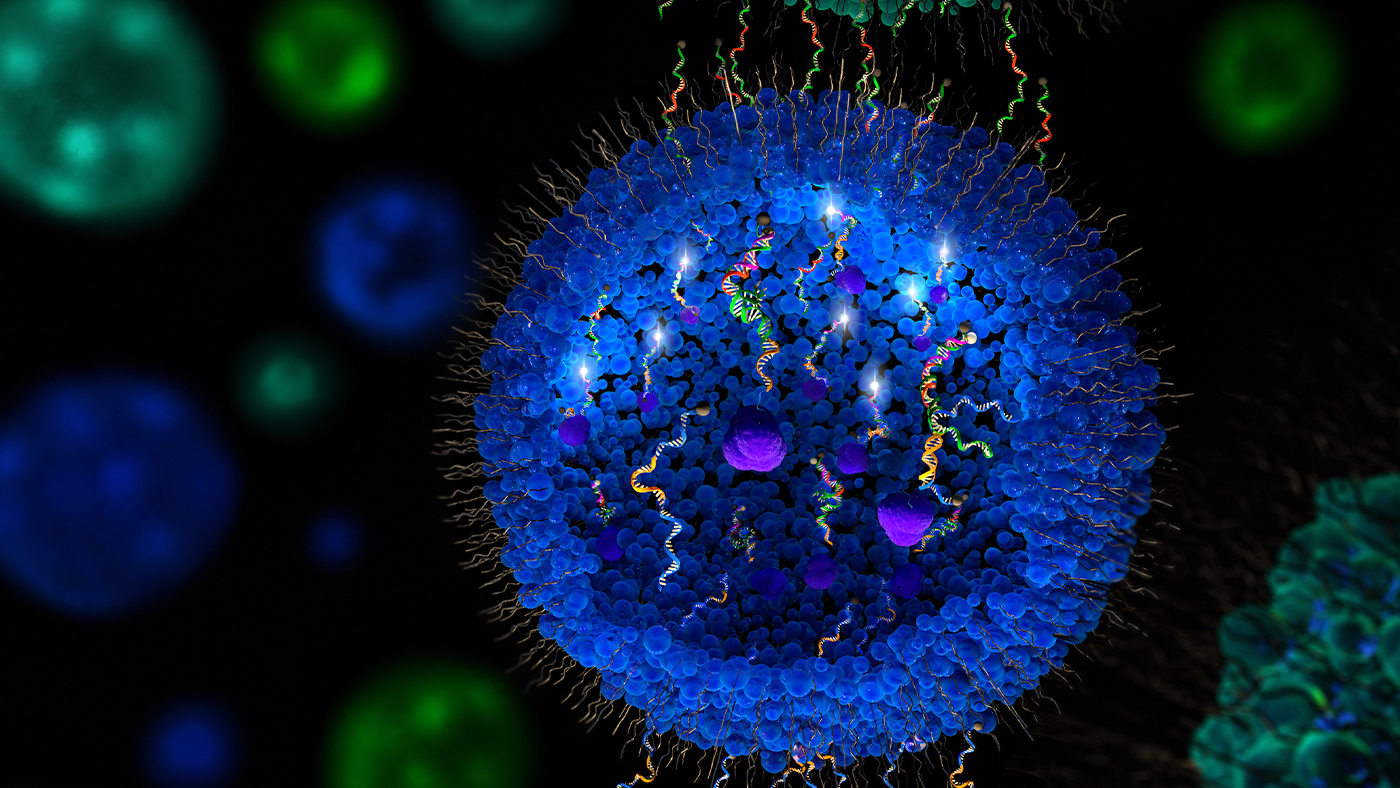 Living cells communicate with each other by sending and receiving molecular signals that diffuse between neighboring cells to activate key molecular processes. This communication enables cell populations to implement collective information processing functions that cannot be achieved by individual cells in isolation. Although synthetic biologists have made significant progress in engineering cell populations to perform computation, such engineering still remains a major challenge because of the complex interplay between synthetic devices and natural cellular processes. In a new paper published in the journal Nature Nanotechnology, a team of researchers led by Tom de Greef at the Eindhoven University of Technology and Radboud University, Stephen Mann at the University of Bristol, and Andrew Phillips at Microsoft Research present a method for implementing distributed DNA computing systems by compartmentalizing DNA devices inside artificial protocells.

The method, called biomolecular implementation of protocellular communication (BIO-PC), uses protocells made of protein-based microcapsules called proteinosomes to encapsulate computational DNA devices that send and receive molecular messages made from short strands of DNA. Information processing is performed using a well-known technique based on enzyme-free, toehold-mediated DNA strand displacement. The proteinosomes are permeable to short DNA messages but not to the larger streptavidin proteins trapped inside, which are used to anchor the strand displacement devices that send, receive, and process the DNA messages. 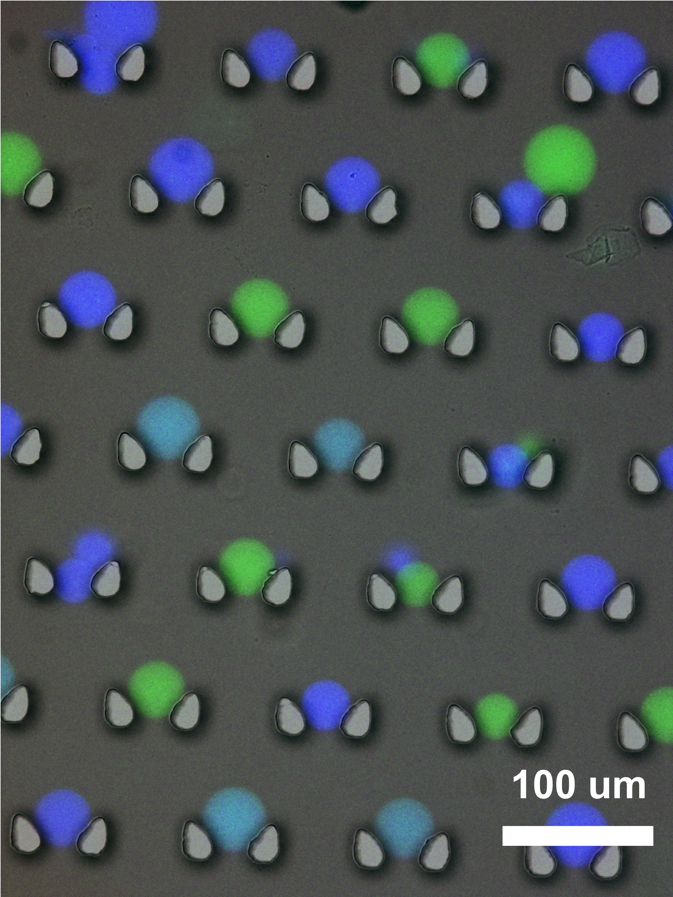 Microscopy image showing synthetic protocells used for DNA communication and computing. The different colors—green, dark blue, and blue—represent different computational devices contained within the protocells. The protocells are trapped between pairs of small pillars (gray objects) in a microfluidic device and send messages to each other in a three-layer amplified signalling cascade.

To demonstrate this, the researchers used microfluidic trapping devices to spatially separate protocells capable of collective functions such as multiplex sensing, cascaded amplification, bidirectional communication, and distributed logic operations, and revealed how population dynamics can be easily tuned by controlling the protocell permeability. The researchers constructed detailed computational models of their systems and used these to improve their understanding of system behavior and to help guide their experiments.

Importantly, encapsulating computational DNA devices inside protocells protects them from digestion by enzymes present in blood and serum that naturally break down DNA molecules, since these enzymes cannot diffuse into the protocells. The researchers showed that protocells operated successfully in concentrated serum, paving the way for potential future applications in high-precision in-vitro diagnosis of patient samples. In particular, such protocells could one day be used to detect clinically relevant short RNA strands indicative of specific viruses or cancers and, ultimately, to implement smart molecular therapeutics that operate inside living cells.