Seawall provides new ways to share the network in datacenters.

While investigating how we could get explicit feedback from the network middle to the ends for Seawall, we struck upon a way to provide programmability on a modest fraction of all packets flowing through the switches.  Packets are re-directing, via sampling or marking, to commodity servers that are directly attached to and function as dedicated programmable processors for these packets. We call this the SideCar architecture. Using SideCar, we show how many novel datacenter problems can be solved. Refer to the HotNets paper for further details. 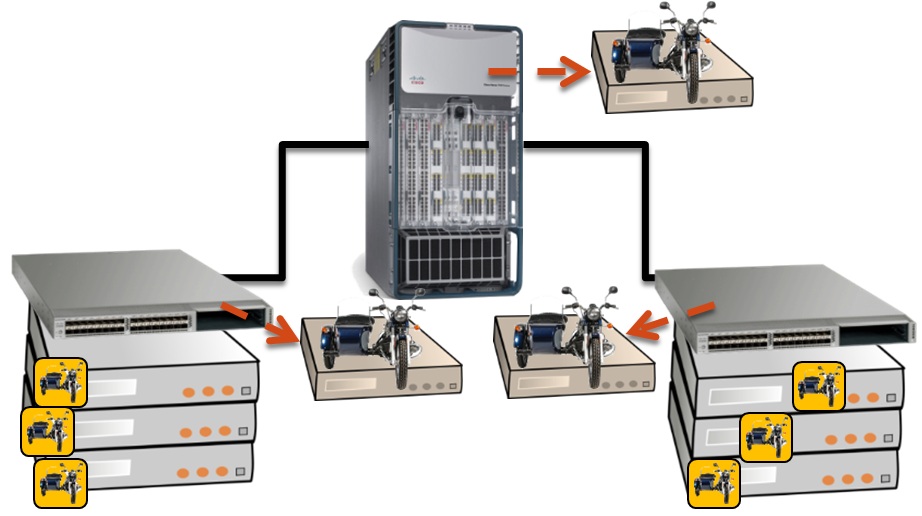