Please note registration for the contest has now closed.

Game of Drones is a NeurIPS 2019 competition with the goal to push the boundary of building competitive autonomous systems through head-to-head drone races.

The teams will race a quadrotor drone in simulation through a series of gates against an opponent. There will be two drones on the same track at the same time that are allowed to block each other. The goal is to finish the race quicker than the opponent.

The competition uses AirSim, which is an open-sourced simulation platform for robots. AirSim was created to help accelerate research in deep reinforcement / imitation learning, computer vision and robotics for autonomous vehicles.

What’s special about this competition?

Previous drone race challenges, such as the IROS autonomous drone race challenge or the AlphaPilot challenge only need you to race against the clock.  In contrast, here, you’ll have to race against an opponent on the same track. This means you can block your opponent if you are ahead and you have to overtake him when you are behind creating a whole range of interactions that your policy has to handle.

Why should I participate/care about the game of drones?

Besides being fun, this competition provides a fair comparison for the current state of the art.

If your current focus is either more on the planning or perception side, you’ll most probably learn a thing or two. The audience is expected to be large — NeurIPS is the largest AI conference after all, so you can expect to get some attention if your algorithm scores high.

Prizes will also be awarded to the highest performing teams – we will announce them in the following weeks!

AirSim environments and detailed guidelines for the competition are available here.

*New* The leaderboard is now active. (Validation round).

*New* The Qualification Round will start Oct 15.

Who is behind this?

The organizing team behind the game of drones are the developers of AirSim from Microsoft Research and robotics researchers from Stanford who share the vision of a simulator realistic enough to provide a training and testing environment for autonomous mobile robots such as drones or self-driving cars.

Many people are helping to make this happen, but the core team consists of:

For any inquiries please see our FAQ section or send us an email.

How do I register?

How do I submit my entry to the challenge?

We will be publishing the detailed procedure by July 31st 2019.

Do you have some example code?

What platforms / languages can I use?

Airsim clients can be run on Windows and Linux. The reference baselines will be in Python.

Can I publish results of my experiments?

Yes, we encourage academic publications relating to the challenge. If you do decide to publish results, please cite AirSim platform as:

What can I win?

Prizes will be awarded to the highest performing teams – we will announce them in the following weeks!

Where can I get help?

Prizes for Game of Drones 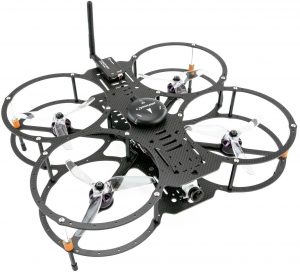 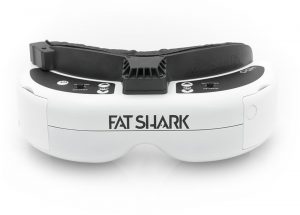