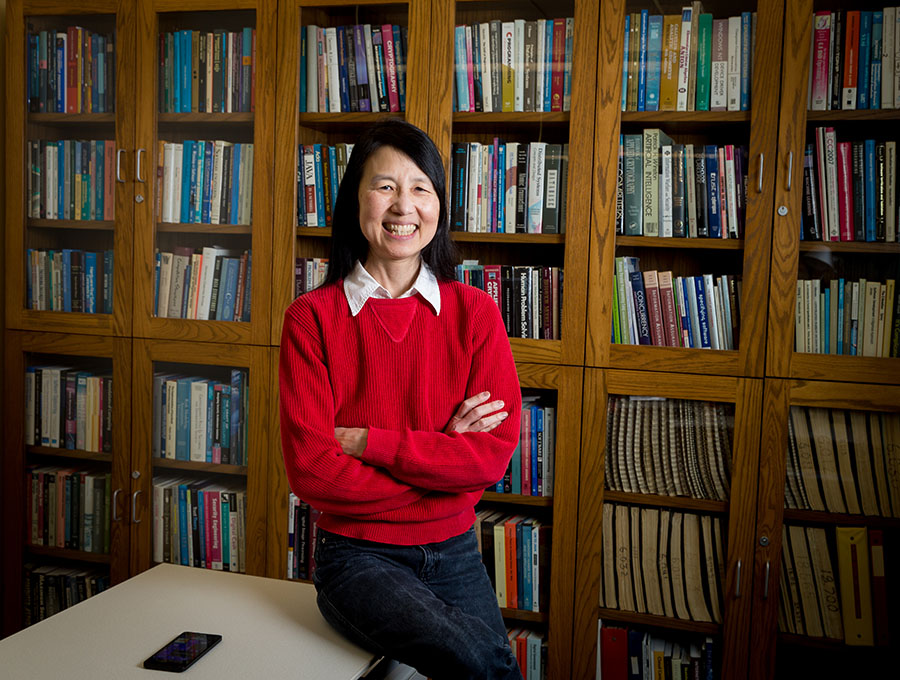 “Think Bolder, Aim Higher” is a mantra I’ve been chanting since my arrival at Microsoft three years ago. I’ve wanted to encourage our scientists and engineers to imagine the technology trends and societal needs we will have in 10 years: What will it take to get us there? What scientific advances are needed to realize the vision?

It is in this spirit I started the Expeditions Program at Microsoft Research, now a flagship program for MSR Labs. An Expedition, as its name suggests, is a journey toward a goal, with serendipitous discovery along the way.

Specifically, I wanted our people to pursue audacious research goals, to give them the freedom and license to take risks in the problems they tackle, to resource them so they can plan for the long term, and to reward those researchers for their commitment to sticking to a far-reaching vision.

An Expedition, again as its name suggests, is a team effort. The research goal should be so big and bold that no one person could achieve it alone; it should require collaboration across disciplines and across skill sets.

I have been absolutely delighted with the achievements in just one year of the first Expedition, Safe Cyber-Physical Systems (CPS). Safe CPS imagines a future in which we can trust cyber-physical systems to do no harm: Self-driving cars won’t hit pedestrians, mobile robots will work side-by-side with humans on the factory floor and embedded medical devices will keep you healthy.

The Safe CPS team’s platform of choice is drones. Their scientific goal is to ensure that drones do not fail: They won’t crash into people or objects while achieving a mission, such as flying from point A to point B, possibly carrying something as well.

What has really impressed me is how the Safe CPS team has stretched their goals—going beyond the science to support applications that are societally important and crazy ambitious.

One application, called Project Premonition, aims to transport mosquito traps to remote regions, bring back mosquitoes to a lab, and then genetically determine what viruses they are carrying.   While the initial focus was on malaria-infected mosquitoes, a current timely “detour” is now to look at the Zika virus.

A side product of this application is the invention of the world’s most sophisticated mosquito trap, where an individual door on the trap closes only when it detects the type of mosquito it has been trained on, and where classification is based on the rhythm of a mosquito’s batting wings.

A second application of Safe CPS is in agriculture, where drones fly over crops to monitor their health. Information collected can help farmers make informed decisions, such as to maintain the appropriate moisture level without wasting resources and adapting as weather changes unexpectedly.

Last month, I announced two new Expeditions. One is on Intelligent Devices, which imagines a future in which there are billions of smart devices networked together. Machine learning will make these devices “smart,” but many of them will need to be able to work effectively with very little power, processing or storage resources. The scientific goal of Intelligent Devices is to determine how algorithmically to split models and computation between what can be done locally on the device and what can be done in the cloud.

The second Expedition imagines a future in which we can have provably secure communication over an insecure Internet. The Everest team plans to design and implement a fully verified drop-in replacement for HTTPS, the Achilles heel of today’s Internet. Exploitation of the weaknesses in HTTPS grabs headlines with catchy names like Heartbleed, FREAK and Logjam. The science underlying Everest’s goal rests on decades of progress in program verification and tools built at Microsoft. But no team in the world has ever attempted a verification effort at this scale for a critical component of computing infrastructure that we all take for granted in our daily lives.

I shamelessly borrowed the idea for the Expeditions Program at MSR Labs from the Expeditions in Computing Program I started in 2007 while I was at the National Science Foundation. I started it for many of the same reasons I started it at Microsoft. I wanted to challenge the academic computer science community to take bolder, riskier bets in their research, to propose projects that required collaborations (“the whole is greater than the sum of its parts”) and to ensure that funding would be available for a long enough time that faculty did not spend time worrying about writing their next grant proposal. Our program solicitation was deliberately underspecified: We wanted the community to tell us what they really wanted to work on, not what they thought NSF wanted to hear.

The value of big bets

Just two weeks ago, when I was at the American Association for the Advancement of Science (AAAS) annual meeting in Washington, D.C., the buzz was around two major scientific breakthroughs that confirm the value of these kinds of big bets. One was the detection of gravitational waves by NSF-funded Laser Interferometer Gravitational Wave Observatory (LIGO). The story starts with Albert Einstein, who predicted the existence of such waves a hundred years ago. After more than forty years of perseverance by the scientific community, and the risk NSF took to fund what would be a $272 million instrument, LIGO researchers finally “heard” a wave on September 14, 2015 — resolving an open question and celebrating the remarkable scientific and engineering achievements needed to build LIGO.

The other was the molecular biologist Jennifer Doudna’s plenary talk about her work on the revolutionary gene editing tool CRISPR, which stands for “clustered regularly interspaced short palindromic repeats.” For years, bacteria researchers were finding weird-looking DNA sequences. Then, a yogurt company figured out how those weird DNA sequences were helping to fight viral attacks on their yogurt. Half a decade later, in 2012, researchers, including Doudna and her colleague Emmanuelle Charpentier, figured out how to co-opt this bacterial defense system to edit any gene in any organism. In her talk, Doudna credited a small NSF grant she received, which was on a topic completely unrelated to gene editing but which led her to her discovery with CRISPR.

In both cases, scientists bet their careers — and the funding agencies took risks — on basic, long-term research. In writing about the heroes of CRISPR in the journal Cell, Eric Lander says “the narrative underscores that scientific breakthroughs are rarely eureka moments. They are typically ensemble acts, played out over a decade or more, in which the cast becomes part of something greater than what any one of them could do alone.”

Microsoft Research promotes the value of basic, long-term research and the Expeditions Program is our way to support ensemble acts.

Jeannette Wing honored for transforming how the world view computing

Here’s why Microsoft cares about basic research and you should, too