Making ‘micromoments’ work for you 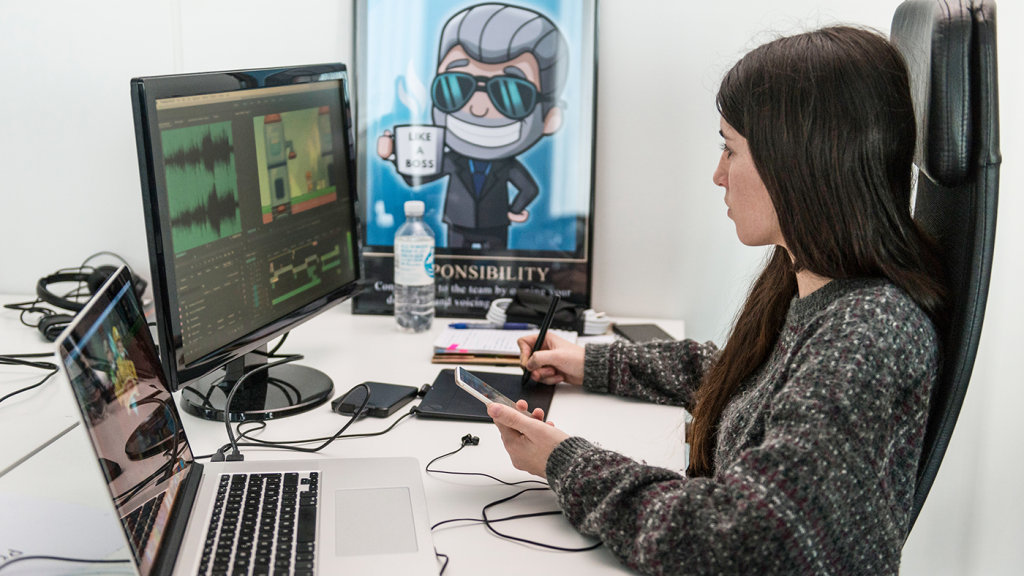 Imagine you’ve been asked to write a crucial document for your company, perhaps a detailed outline of its long-term strategy. You’re excited, but don’t know when you’ll find the time to write it. As you sit in a meeting later that day, waiting for the person who arranged it, you envision the outline and the starting sentence or two. You realize you might have to put in some late nights and early mornings to get it done. One minute stretches into two and two into five as you continue to wait for the meeting to start. If only you could make productive use of this unplanned time, maybe you could wow the company while saving nights and weekends for yourself.

Does this sound familiar? The scenario hit home for a group of us at Microsoft Research.

For many years, we’ve conducted research in attention management, studying how we can help people be focused in their work amid the many competing entities demanding their attention and shortening the windows of opportunity for focused work in their days. As a complement to that research, we’ve been exploring the potential of using “micromoments” to make progress on complex tasks that traditionally require periods of sustained attention. Micromoments are snippets of time scattered throughout the day that were previously thought to be too short to accomplish anything worthwhile. We call this idea of using micromoments microproductivity and the tasks done in these micromoments microtasks.

At the 2019 ACM CHI Conference on Human Factors in Computing Systems (CHI), we’ll be presenting two papers demonstrating the use of micromoments in situations where there exists a primary focus of attention: The first looks at the promise of using microtasks to distract people from distractions such as social media use; the second explores the potential of microproductivity to combat distracted driving practices.

Maximizing productivity by being your own crowdworker

The concept of microtasks is not new and is most commonly associated with crowdwork. In crowdwork, tasks are short and independent in nature, and workers don’t have to worry about how the tasks are created or how they contribute to a larger goal. Our research has extended this idea to individuals, who can self-source their own microtasks.

As both the owner and the person executing the microtasks, individuals have a clear idea about what parts of a larger project can be extracted, where dependencies among tasks exist, and how the outcomes can be reintegrated. Past research has shown microtasks can be more resilient to interruptions, as they’re often short enough to complete before having to switch to the source of the distraction, and they’re less error prone.

In a paper we presented at the 31st ACM User Interface Software and Technology Symposium (UIST), we experimented with microtasking in the domain of writing, generally considered a task that requires multiple periods of focused attention. We demonstrated how people were able to make meaningful edits using our microediting tool Play Write in a scenario where they were also watching a video, highlighting how little cognitive engagement and time commitment were required by these microtasks.

Our CHI papers build on the promise offered by this work.

Prior work from Microsoft Principal Researcher and Research Manager Mary Czerwinski; Professor Gloria Mark from the University of California, Irvine; Microsoft Senior Research Software Development Engineer Paul Johns; and myself has shown there’s value in relaxing and replenishing mental energy via interactions with non-work-related applications such as social media. However, there’s growing concern around the difficulty of disengaging from such interactions and returning to more cognitively demanding work—that is, the tasks people are breaking from, either intentionally or in response to an external interruption like a notification. A 2007 paper authored by me and Eric Horvitz, Technical Fellow and Microsoft Research Labs Director, found people can get entangled in a chain of diversion after getting distracted by a notification, taking them upward of 15 minutes to find and resume the interrupted activity. In the work, we recommended subtly reminding people of their suspended activities by bringing the interrupted task window into the foreground.

In our first CHI paper, “Casual Microtasking: Embedding Microtasks in Facebook,” Microsoft Chief Scientist Jaime Teevan; Ph.D. student Nathan Hahn, a Microsoft intern at the time of the work; and I explored how incorporating writing microtasks into individuals’ Facebook feeds could serve as a subtle reminder to return to work. Using a Google Chrome extension, we leveraged the Play Write workflow engine to fetch predetermined microtasks belonging to the user’s Word documents from the cloud and integrated them into their news feed as microtask cards.

Contrary to concerns we heard about “ruining Facebook by showing ‘work’ in the newsfeed,” we found people ignored the microtask cards for the first couple of minutes and occasionally engaged with the cards to casually complete some tasks. People preferred doing the microtasks that were easy, low-effort, and required little context so their Facebook experience would be minimally impacted. Interestingly, about 20 percent of the time, interactions with the microtasks were followed by launching Word, suggesting the tasks sometimes served their purpose as reminders. Users also reported finding this to be a noncommittal way of interacting with documents they weren’t actively editing, raising awareness of other work on their to-do lists. Overall, these findings showed how interweaving microtasks and non-work-related activities could contribute to progress on bigger projects without negatively impacting the experience. At the same time, the microtasks could play a role in nudging people to disengage from possible chains of diversion and resume their work activities.

Attention management and productivity on the road

In our second paper, “An Exploration of Speech-Based Productivity Support in the Car,” Teevan; Accenture Technology Labs Researcher Nikolas Martelaro, a Microsoft intern at the time; and I looked at using micromoments in a common scenario where there are potentially many—commuting via car.

In enabling people to take advantage of this time, we not only need to meet a gap in technology but more importantly ensure such technology doesn’t distract users from the primary focus of driving. Prior research of ours around what we know about driving and divided attention and how it can be used to improve driver safety led us to an interesting question: Could microtasks interspersed across low-demand moments during driving provide safer alternatives to prototypical distractions drivers face or engage in? Such diversions can include making phone calls via Bluetooth, engaging with in-vehicle systems via speech, or simple mind-wandering.

Iqbal and her co-authors explored the potential of micromoments in the common scenario of commuting via car. Study participants in a simulated driving environment were given microtasks by a system that took into account driving difficulty before presenting them and that also provided driving alerts.

Study participants were asked to create content for Word documents or PowerPoint decks via speech while driving a simulation vehicle in a simulated environment where driving complexity was very low. A series of microtasks were managed by an underlying system that accounted for driving difficulty before presenting them. The system also provided additional driving support by alerting the driver to various road conditions, similar to how a passenger may help a driver while having a conversation.

Our explorations revealed careful consideration is needed while designing such in-vehicle intelligent systems. While microtasks allowed users to create content without negatively impacting driving performance, users were sensitive to the mental demands of the microtasks. The driving support function was viewed positively, and users were generally receptive to the idea of an intelligent system helping them better manage their attention in the car, demonstrating such a scenario can offer an opportunity to complete microtasks when those microtasks are presented carefully. This research is only an initial step. Extensive further research is necessary, and user state and road conditions must always factor into deciding when, how, and what in-vehicle interactions should be presented to drivers so driving safety is not compromised.

Freeing up more time in your day

The concept of microproductivity isn’t about filling every micromoment with productive tasks; accounting for every minute in that way can be harmful to overall well-being. But we feel confident that strategically using micromoments can offer great benefit. We believe by carefully considering a user’s commitments, available resources, and need for mentally offloading tasks, we can provide a minimally intrusive way of directing their attention to the task that makes the most sense given the context. In an almost paradoxical way, separating out microtasks that can be addressed later can help people better focus on the aspects of the larger project that are currently most important, reducing the need to switch gears within a task itself. The idea of microproductivity provides the scaffolding needed to quickly offload these tasks and pick them up later so the current flow and focus is not disrupted.

We envision that by productively using micromoments, people can unlock an extra hour’s worth of work without having to allocate that extra hour all at once, decreasing wasted time and making room for other activities and priorities they care about and enjoy. Our ongoing research is intended to understand and design for the challenges in this vision.