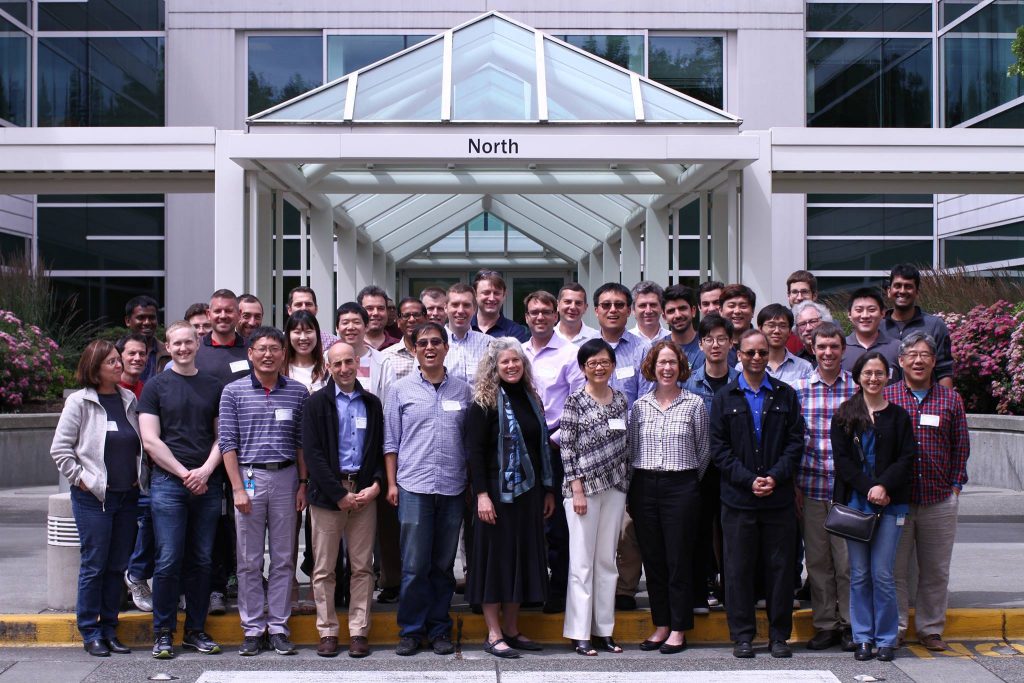 This workshop brought together members of the Homomorphic Encryption (HE) community to spend two days working together toward a plan for standardization.

Homomorphic encryption schemes which can handle one “operation” have been known for a long time, such as RSA, Paillier, or BGN which can do a little bit more. With the breakthrough work by Gentry in 2009, the community embarked on a new direction, basing “Fully” Homomorphic Encryption Schemes on hard lattice problems. Now, 8 years later, we have multiple robust HE libraries available (HElib, SEAL, NFLlib, Palisade), which use schemes such as BGV and FV. With new optimizations and clever encoding techniques, they allow an amazing amount of practical computation to be done on encrypted data. Projects such as CryptoNets have already proved the feasibility of machine learning applications on encrypted data; the iDASH 2015 and 2016 competitions demonstrated computations on encrypted genomic data such as edit distance and string matching. Most applications follow the “leveled” approach, where parameters are set to allow the evaluation of limited—but arbitrarily high – depth circuits, making the computations practical, and avoiding costly bootstrapping operations. For that reason, we drop the word “Fully”, and simply refer to the area as Homomorphic Encryption (HE).

This workshop aimed to leverage this progress and to galvanize the community toward a common approach to standardization of Homomorphic Encryption.

These white papers were drafted by three working groups at the workshop:

APIs: This white paper discusses the design of API standards for homomorphic encryption.