Caption Crawler is a plug-in for the Edge and Chrome web browsers that provides additional information about images for screen reader users. Many images on the web lack captions (i.e., alt text). When a webpage loads, Caption Crawler identifies images that are missing captions and checks if it is captioned elsewhere on the web; if so, the discovered captions are made available to the screen reader.

Once you have downloaded and installed the browser extension, you may browse the web as you typically would; Caption Crawler works invisibly behind-the-scenes, backfilling missing captions when available. Note that Caption Crawler is only able to supply captions for images that appear in multiple places on the web and have been captioned in at least one place; our research suggests this covers about 10% – 15% of images on popular websites. We do not filter discovered captions for content or accuracy.

When your screen reader reads image descriptions aloud, any descriptions that have been supplied by the Caption Crawler will be preceded by the words “Auto Alt:” so that you know they have automatically added to the page for you. Some images may have had more than one caption available; you can check for additional captions by using the keyboard shortcut Ctrl+Shift+U to advance through the list of captions, and Ctrl+Shift+Y will move you backwards in that list.

There are a few advanced settings that are meant for sighted debugging of the tool by people not using screen readers. You can access these options by right-clicking on the Caption Crawler icon in the browser.

Once loaded into the browser, Caption Crawler monitors each open web page and looks for images that do not have captions (also known as “alt text”). When such an image is found, its URL is sent to the Caption Crawler Web Service, which runs in Azure. That web service in turn uses Bing Image Search, which indexes captions for some images. In addition, it may also return a list of web pages on which the same image may be found. The Caption Crawler web service then retrieves those web pages and searches them to see if the image has a caption on those pages. All found captions are returned to the plug-in, in a first-found order. The first returned caption is set as the “alt text” attribute of the image, and will be read by the screen reader when appropriate. If more than one caption has been retrieved, a user can choose to hear the additional captions using keyboard commands, as described in the usage guide above. Note that Caption Crawler is only able to supply captions for images that appear in multiple places on the web and have been captioned in at least one place; our research suggests this covers about 10% – 15% of images on popular websites. We do not filter discovered captions for content or accuracy.

The Caption Crawler plug-in is a Beta release of a research prototype. We welcome feedback, questions, and bug reports. You can share them with us by mailing captioncrawler@microsoft.com. 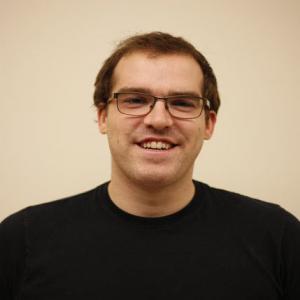