Fashion, clothing, and wearables is one of the next major frontiers in technology. We created Project Brookdale, a set of technologies designed to enable fashion designers and others to explore this frontier. Without much prior knowledge, fashion designers can incorporate smart technology within their processes and designs.

Project Brookdale makes it easy for anyone to prototype, create, and explore wearable technology and fashion technology garments. It combines plug-and-play, modular hardware with drag-and-drop programming to enable the creation of wearables that can include sensors such as environment and motion, as well as different forms of output, such as physical movement (using motors). For example, you could create a scarf embedded with an environmental sensor which detects the level of pollution of the environment you are in, and informs you by using a custom light pattern. 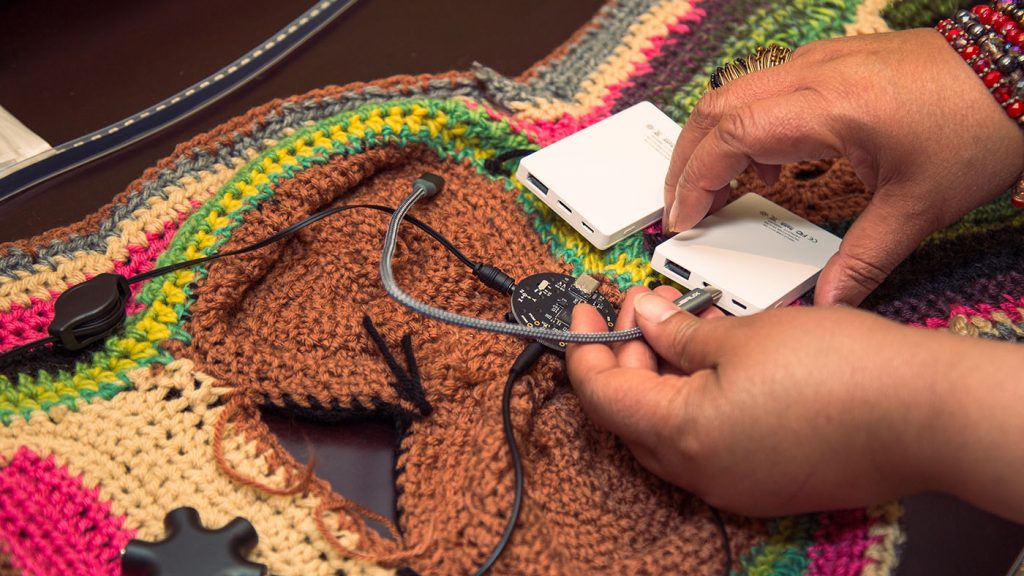 Because many fashion designers are not also technologists, they need tools that let them easily express their ideas and innovations. Creating tools that are a representation of the fashion domain, means we can ultimately have more functional wearables that are created by fashion designers. Project Brookdale is one step toward a future where technical literacy is not a barrier to exploring the opportunities inherent in wearables and fashion-tech garments.

Project Brookdale is an evolution of a partnership with the BKLYN Fashion Academy, which led to unique wearable-tech fashion show. By observing designers as they created fashions for the runway for several months, researchers from the Microsoft Research, Microsoft MakeCode, and Microsoft Smart Tattoo teams were able to identify key technologies that would help them in the creation and construction processes. 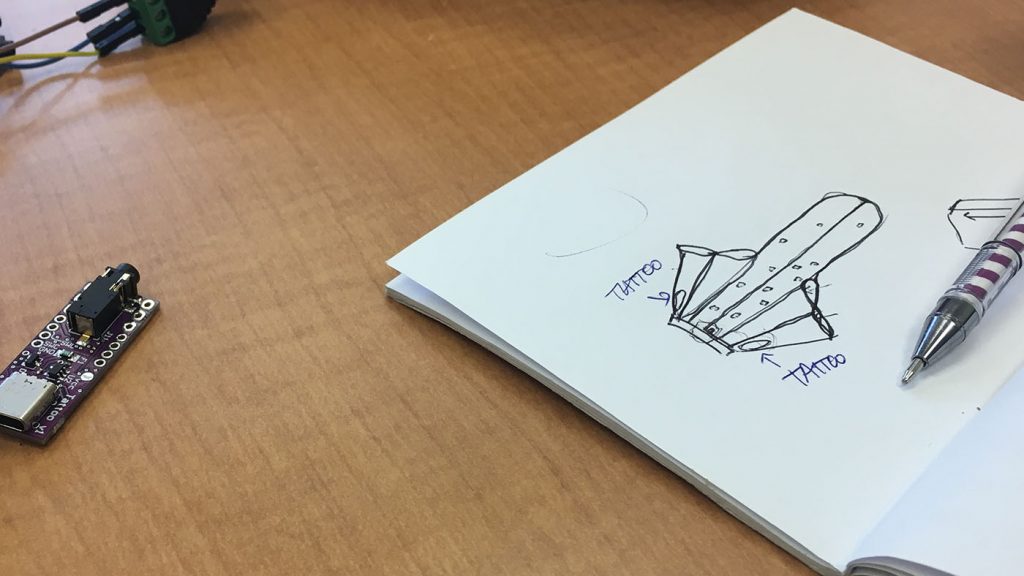 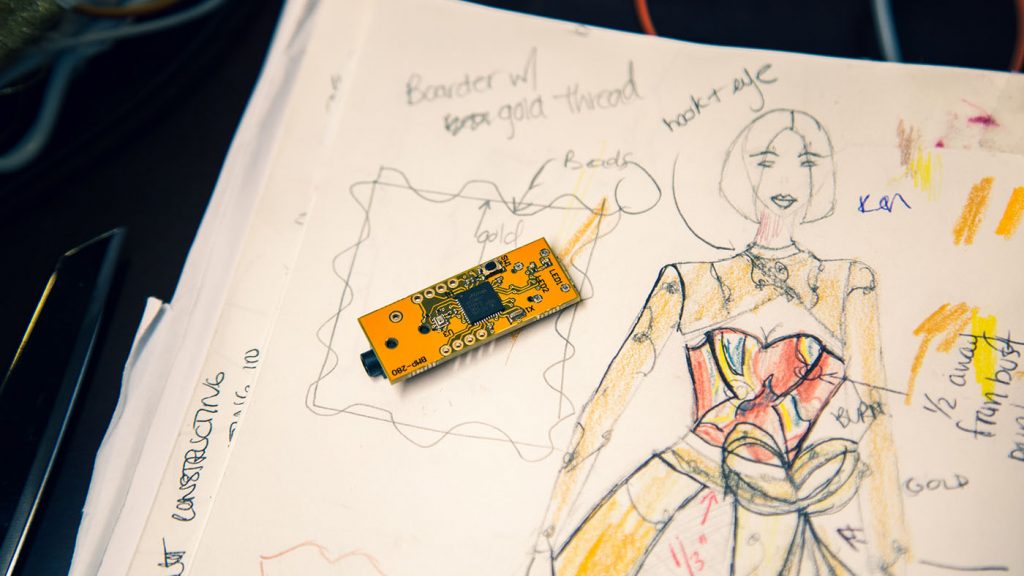 Connected microcontrollers and Microsoft MakeCode are the heart of the system

The hardware includes plug-and-play microcontrollers, which are called the Brain and Beads. The Brain is the heart of the operation, which handles the plug and play logic when a Bead is connected to it. Beads are custom sensors which are used for input, such as temperature, color, or location. Using a program created in MakeCode, the Brain detects the different Beads and can trigger different types of output based on input. For example, if a motion Bead is used in a garment to detect a specific motion (such as a step or an incorrect posture), it can tell the garment to change color. The Brain and Beads are connected by using the familiar audio-jack connector. 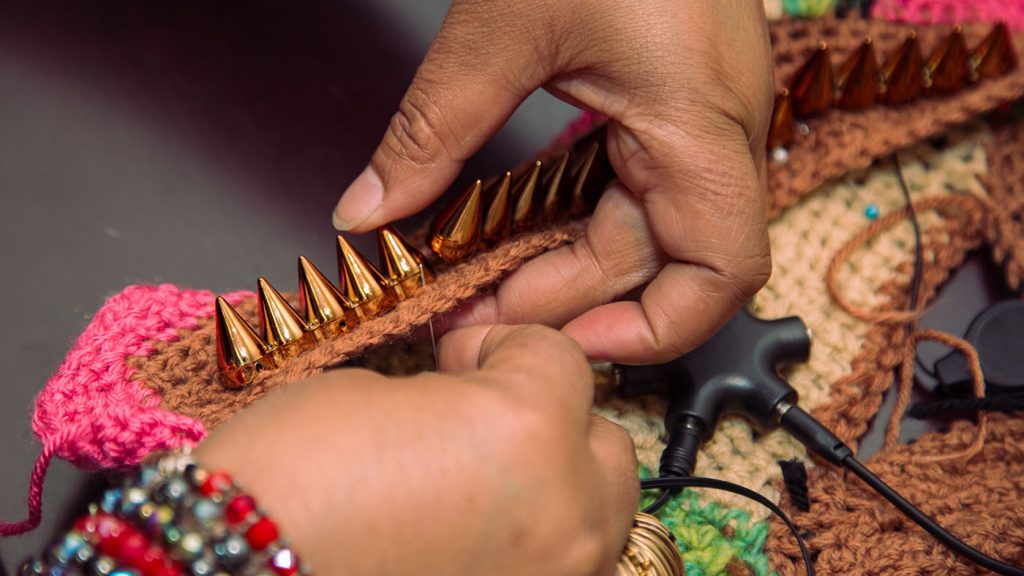 With Project Brookdale, the fashion now has a set of tools to explore creating custom wearable technology, and continue to innovate on ideas that were once difficult to accomplish.

Check out the MakeCode software platform here. Please contact us and share how you’re using MakeCode to explore the world of wearables.