How might we wear technology in the future? How might we begin to address issues around sustainability and material waste? How might functional tattoos change the way we interact with our environment? How might people design and wear their own?

Smart Tattoos lies at the intersection of fashion, sustainability, and personalized experiences. Inspired by the Flash Tat trend around beautiful temporary tattoos, our research has sought to expand this concept further into the wearables space by augmenting it with sensing and actuation functionality. The emergence of lightweight temporary wearables is a trend we hope to inspire in the minds of people everywhere for two reasons. The first is to enable anyone to design and create their own wearable experiences unique to what they need and who they are. The second is to promote a more sustainable methodology and mindset around the future of wearable technology.

These interactive tattoos are capacitive and can send signals to any device via touch. They can be laser cut into custom shapes, applied to almost any surface, then connected to a device via Bluetooth from a microprocessor. While the tattoos are temporary, especially on the skin, they can last for months on non-skin surfaces, including fabrics or 3D prints (researchers are also exploring their use on prosthetics). Microsoft researchers recently partnered with the Microsoft Garage team over the Summer of 2018 to host a “Hack-a-Tatt” workshop that enabled employees to design and build their own on-body controls. The goal of the workshop was to observe how easy it was for people to build and connect their own tattoos. New research and testing will also inform the design of smart tattoo kits, which will empower anyone to design and build their own smart tattoo and will open the technology’s use and applications.

Currently, most over-the-counter wearable technologies consist of wrist worn devices that can be paired with a phone or replace the phone entirely. These devices can be expensive to purchase and manufacture, as well as costly to our environment in terms of material waste. Studies have shown that these devices are easily abandoned after several months due to uncomfortable form factors, or loss of novelty. Additionally, the user has very little control over the look and feel of the device beyond settings and app controls. On the flip side, there has been a lot of promise around fashion technology, e-textiles and other embedded I/O experiences. However, they remain very expensive to create and replicate; and are not yet available to the masses until power, construction, and material costs go down. We believe that our Smart Tattoos can harness the power of creativity and self-expression with low fabrication costs.

Smart Tattoos is an evolving project at Microsoft Research which builds on the idea of allowing people more control over their technology. Started in 2015 at Microsoft Research, this project was targeted at creating a DIY fabrication system for enabling people to make their own wearable electronic circuitry. At the time, there was a great deal of interest in making the fabrication of circuits more accessible to a wider segment of the population. This was being pursued through various means, such as the copper tape, conductive materials, and flex circuits method developed by Andrew Huang and Jie Qi’s Chibitronics Circuit Stickers. Analisa Russo’s Circuit Scribe project launched a successful Kickstarter campaign to create Electroninks Inc. which creates Circuit Scribe kits based around a conductive ink pen to create electronic circuits on paper. Concurrently, Asta Roseway and peers at Microsoft Research, had been developing embedded technologies into softer wearable form factors and textiles to generate seamless sensing and actuating experiences.

After her publication of NailO, Cindy Kao from the MIT Media Lab was recruited as an intern to work with Ms. Roseway and her peers at Microsoft Research. The initial project focused on creating tattoos antennas which could be read by NFC tag readers inside smartphones, thermochromic ink tattoos, active circuits, and input/output methods such as skin wearable LEDs. This work developed the initial gold leaf fabrication technique which was described in the CHI 2016 demo paper, “Tattio: Fabrication of Aesthetic and Functional Temporary Tattoos”. After its publication, both Ms. Roseway and Ms. Kao continued to refine the Tattio work further to enable more graceful capacitive swipe, touch, and 2D interactions on the skin. In addition, the thermochromic and NFC work were refined to create better and more useful devices. This collaborative work was published at ISWC 2016 as “DuoSkin: Rapidly Prototyping On-Skin User Interfaces Using Skin-Friendly Materials.”

Next Gen Smart Tattoos: For everyone

While DuoSkin was a great step forward it was still not an easy to use DIY circuit fabrication technique for users. The gold leaf fabrication technique was labor intensive, too delicate, and prone to developing circuit breaking cracks as the device was stretched and flexed on the skin. The next step in the Smart Tattoos project was to focus on the materials and use cases, to create something more accessible, and something which people could truly use for themselves. Towards this end we have created the next generation of Smart Tattoos. This generation uses more advanced, robust, and inexpensive materials to create electrical temporary tattoos for surfaces and eventually skin. There’s still more testing and refinement to be done, but our hope is to eventually be able to create materials which anyone can use to shape their technology to their needs, express their creative skills, and to spark people’s interest in electronics. 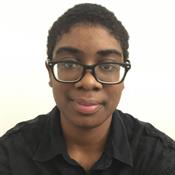 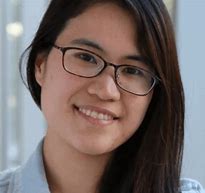