Whether he’s on the job or working on a passion project, Paul Rojas keeps sustainability at the forefront of his mind.

“Everything I do from the time I’m born to the end of my life has an impact on the environment, and the same goes for my work,” Rojas says.

As a program manager on the Azure Optimization team in Microsoft Digital, Rojas also takes the company’s mission to heart.

“Microsoft’s mission is to empower every person and organization and planet,” Rojas says. “Sustainability is a core pillar of our mission of enabling everyone to achieve more.”

Rojas notes that on the whole, running services in the cloud via Microsoft Azure is greener than running a physical datacenter. Still, Microsoft developers can easily spin up instances of Microsoft Azure or test environments and leave them running.

We want to empower teams to optimize the design and architecture of their systems in Azure, which will reduce the company’s power usage and carbon footprint.

Jonathan Bradshaw says that there’s a bill for that—both dollars and cost to the environment.

“Being in the cloud has taken away some of our awareness of power consumption and carbon impact,” says Bradshaw, a senior program manager in Microsoft Digital, the organization that powers, protects, and transforms Microsoft. “We can configure systems with high memory and storage usage, all with the push of a button. It’s important to recognize that there’s a carbon impact from cloud usage.”

Additionally, choosing one cloud-based service over another at the beginning of a project can dramatically increase its carbon output and Microsoft Azure spending over time.

“If I choose one cloud service over another when starting a project, I can end up spending a lot more on storage over time,” Bradshaw says. “We want to empower teams to optimize the design and architecture of their systems in Azure, which will reduce the company’s power usage and carbon footprint.”

When Microsoft announced its commitment to be carbon negative by 2030, Rojas realized he was already building tools that could help employees understand their carbon footprint and share with them the steps they could take to help the cause.

We want employees to be aware of how they use Azure from a cost and usage perspective. Then they can ask themselves, ‘How does my current Azure usage impact the environment? Am I using my Azure subscription as efficiently as I can?

So, what’s the first step the team can take to reduce this number?

“Being aware of our Azure usage enables us to design better data centers and reduce our carbon footprint,” Rojas says. “There’s a half a metric ton of carbon emissions from virtual machine storage that’s unused in Microsoft Digital, and that can be released back to customers to reduce our cost and positively impact the environment.”

Watch this video about how Rojas and Bradshaw are advocating for sustainability at Microsoft by reducing excess Microsoft Azure usage and encouraging other teams to do the same.

Rojas started by helping employees understand the carbon impact of their Azure usage by putting it in relatable terms that resonate with a broader audience.

“I show a monthly sum of carbon emissions in terms of a specific team’s cloud usage, which is measured in metric tons of carbon,” Rojas says. “To give employees a clearer understanding of carbon impact, I explain that it takes 1.3 acres of forest land in the US an entire year to remove one metric ton of carbon emissions from the air.”

Rojas was put in touch with Robin Smith, a principal program manager on the Azure Cloud Supply Chain Sustainability team. Smith focuses on sustainability for Microsoft Azure and had developed the Microsoft Sustainability Calculator, which external teams and companies can use to track the carbon emissions of their Microsoft Azure services. She was able to give Rojas access to her team’s carbon factors data, which he used to track Microsoft Digital’s metric tons of carbon usage.

“We knew we needed to make this data visible so employees could understand the carbon footprint of the systems they run in the cloud,” Bradshaw says.

“We want employees to be aware of how they use Azure from a cost and usage perspective,” Rojas says. “Then they can ask themselves, ‘How does my current Azure usage impact the environment? Am I using my Azure subscription as efficiently as I can?’”

[Read this case study on how Microsoft is using machine learning to develop smart energy solutions and reduce its energy consumption.]

Prioritizing sustainability from the ground up

Bradshaw became interested in Rojas’s quest to help the environment, one cloud optimization project at a time. He was learning about the impact of his Microsoft Azure design choices on the planet and hoped to use the information to reduce Microsoft’s carbon footprint in Ireland.

“If I make this or that design choice, what’s the carbon impact over the lifetime of a service?” Bradshaw says. “I hope that we can determine our carbon footprint at a service level, and then do something about it.”

In the meantime, Rojas has created Start/Stop VMs, a tool that enables users to automatically turning them off during idle hours. Currently, it’s been deployed dozens of teams in Microsoft Digital and Cloud + AI as well as customers across multiple continents.

“Running on Microsoft Azure Functions, this tool can replace the manual process of switching VMs on and off during times of no usage,” Rojas says. “It also provides the added benefit of cost savings and reduced carbon footprint.”

Companies recognize Microsoft’s efforts to reduce its carbon emissions. By leading by example, we can encourage our customers to follow the same model.

Long-term, Rojas hopes to keep educating employees about how they can contribute to Microsoft’s sustainability goals by being conscious of their Azure usage.

“When you spin up a service in the cloud, you should know your impact from development to retirement,” Rojas says. “Creating and sharing this dashboard is the first step in enabling Microsoft employees to track the carbon footprint of new devices that the company manufactures.”

With all the work that Microsoft and other companies do to meet their carbon goals, Smith is hopeful about the work being done to support sustainability for Azure.

“The work we’re doing for carbon transparency kicks off a virtuous cycle,” Smith says. “Companies recognize Microsoft’s efforts to reduce its carbon emissions. By leading by example, we can encourage our customers to follow the same model.”

Download Start/Stop VMs on GitHub, which enables you to turn off Microsoft Azure VMs during idle hours.

Learn more about transitioning to a sustainable cloud infrastructure with Microsoft Azure.

Read this case study on how Microsoft is using machine learning to develop smart energy solutions and reduce its energy consumption.

It was time for a fresh approach to data analysis at Microsoft, one that would make it easier to track sales and operations activities across regions and roles. In addition to tool development, a dedicated change management effort was needed to inspire global adoption of a new, common methodology. In 2020, the Microsoft Business Operations...

New hybrid meeting experiences are coming to Microsoft’s employees and guests, a Microsoft Teams Rooms-powered transformation that will save space at the table for everyone, no matter where they join from. Thanks to new meeting room layouts, improved technology, and better integration with Microsoft Teams, remote participants will feel more included in meetings that will...

We’re on a mission to transform our human resources systems here at Microsoft. To make it happen, we’re upgrading the way we use analytics and AI. Our digital transformation has been a twofold journey. First, we upgraded our core processes, providing efficient and effective self-service portals for our employees and powerful tools for our HR... 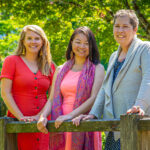 Tackling environmental sustainability from the inside out at Microsoft

Microsoft operates 100 percent carbon neutral. It also levies an internal carbon tax on its own business units to help pay for climate change and environmental sustainability initiatives, including giving technology grants to environmental projects outside of Microsoft. Both are part of being a good steward of the environment, says Elizabeth Willmott, carbon program manager... Read more 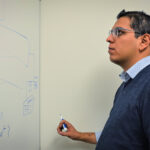 When Microsoft moved its internal workloads to Azure, operational costs shot up—something the team had to find a way to fix quickly. The transition from physical datacenters to virtual cloud computing happens in waves. Microsoft’s journey began five years ago when the company’s Microsoft Digital organization deployed many of its internal computing resources to the... Read more 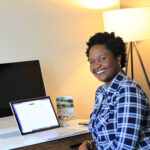 Rose Nyameke wondered what would happen to her when, on June 22, a Presidential Proclamation in the United States placed new restrictions on visa holders living and working in the country. Rather than get caught up in politicized social media and news coverage, the Microsoft data and applied scientist turned inward for information, joining the... Read more