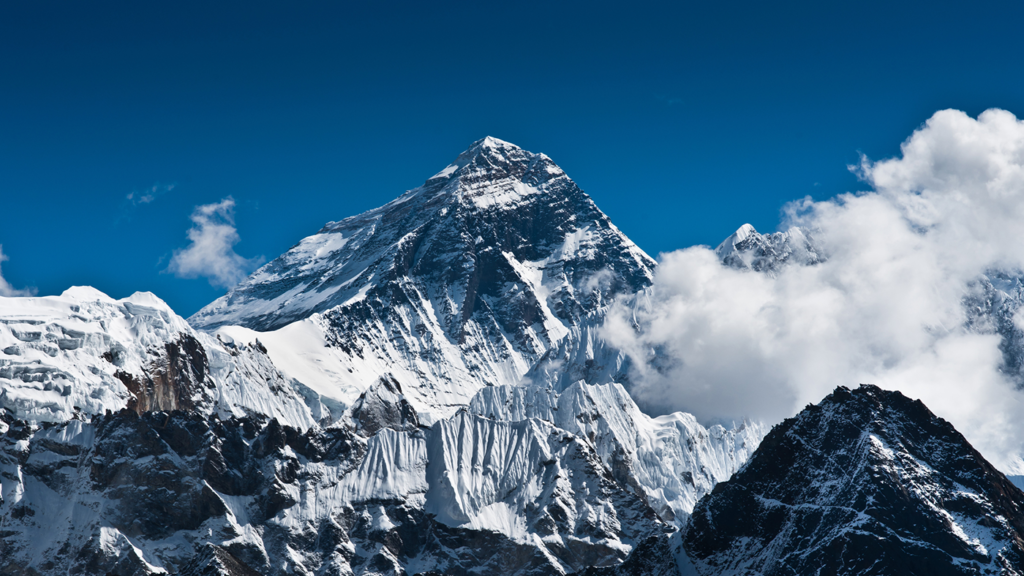 Project Everest is a multiyear collaborative effort focused on building a verified, secure communications stack designed to improve the security of HTTPS, a key internet safeguard. This post—about the proving methodology and verification tools of Project Everest—is the third in a series exploring the groundbreaking work, which is available on GitHub now.

Building, deploying, and maintaining software at scale is a large engineering effort, and when that software is intertwined with machine-checked proofs of correctness, the engineering involved is largely without precedent. In Project Everest, dozens of researchers and engineers push to five open-source GitHub repositories, building about 600,000 lines of code and proofs, continuously integrated using Azure DevOps, hundreds of times every day. There have been countless hard-won lessons on software and proof-engineering best practices, ranging from developing and maintaining robust proofs in the face of an evolving codebase to tweaking the format of our compilers to enable humans to audit the C and assembly-language code produced by our software verification toolchain.

But this post isn’t about the engineering. It’s about the science that underlies it—the science of program proof. I mean proving deep theorems about programs, proofs that establish that the full semantics of a program adhere to a mathematical model of all its behaviors, not just theorems proving, say, the absence of specific kinds of bugs (which is, of course, also useful!).

From the early days of computer science, the potential of program proof to eradicate large classes of software errors has been widely recognized; however, until recently, few practical applications were feasible. The proof techniques were difficult to apply to full-fledged programming languages, and proofs were hard to scale to large programs. Oftentimes, the proofs that were done came at the cost of other important aspects of software, such as performance. But today, what seemed impossible just a few years ago is becoming a reality. We can, in certain domains, produce fully verified software at a nontrivial scale and with runtime performance that meets or exceeds the best unverified software.

Project Everest is a case in point: We produce verified cryptographic routines, parsers, and protocols that are deployed in production settings with strong correctness and security guarantees and great performance. Our recently released EverCrypt cryptographic provider consists of 23,000 lines of verified C code and 18,000 lines of verified assembly code extracted from 107,000 lines of code and proof in the F* programming language and proof assistant—a development effort of roughly three person-years. The chart below shows the throughput of several verified cryptographic routines since 2014. Over the last five years, there’s been slow but steady improvement, but this year, with EverCrypt, we made a noticeable jump to finally verify the fastest assembly code of OpenSSL for AES-GCM, a crypto routine used by 90 percent of secure internet connections. 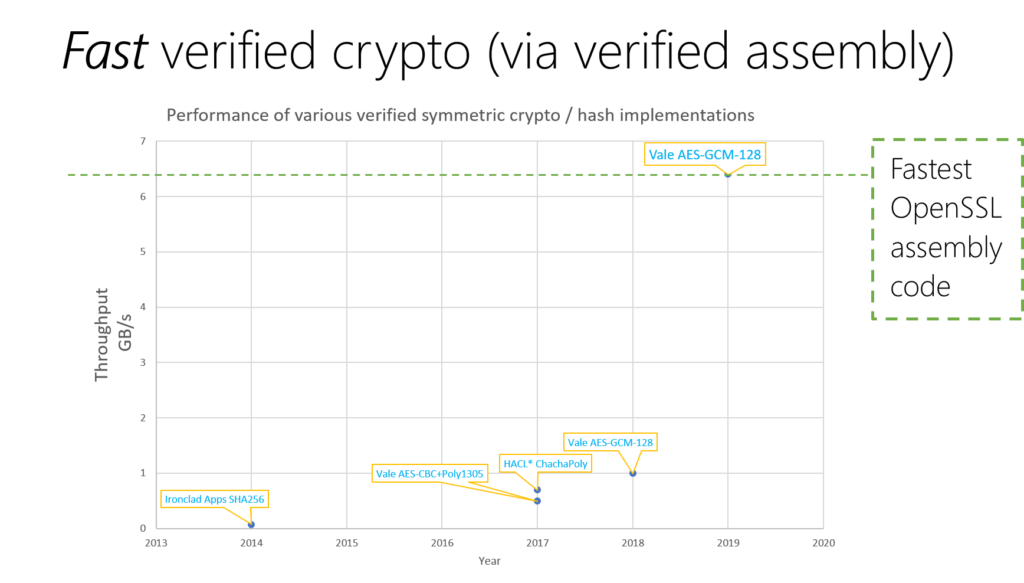 After years of slow but steady gains in the throughput of verified cryptographic routines, Project Everest made significant progress with the verification of the fastest assembly code of OpenSSL for AES-GCM.

What made it possible for verified code to finally catch up to the fastest unverified code out there? Program verification tools and methodologies have passed a tipping point that has allowed large, previously intractable problems to be decomposed effectively and smaller problems to be solved with increasing automation.

A trinity of program proof 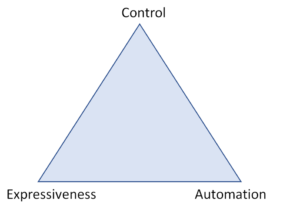 Program verification researchers have long sought a proof methodology and tool to excel in three dimensions that can often be at odds, where maximizing for one diminishes the ability to achieve the highest level of another:

Automation: Proving a large program requires proving thousands or even millions of small theorems. Without automation, the task is hopelessly tedious. Recent advances in SMT solving are well documented—Z3, developed by Microsoft Research, is a leading example—and many program verification tools have leveraged these advances to automate vast numbers of simple proofs.

Expressiveness: Proving millions of simple theorems alone doesn’t cut it. At the crux of any significant software verification effort is a genuinely complex proof involving sophisticated mathematics. As such, one needs a full-featured modern language coupled with a powerful logic in which to conduct deep mathematical reasoning. Less widely appreciated than advances in SMT solvers, but no less important, are advances that have led to logics that provide both a theoretical foundation for mathematics as well as a practical foundation for software. A significant milestone was the emergence of large verified software artifacts, notably the CompCert C verified compiler in 2006. These advances demonstrated that type theory, which was originally conceived in the 1970s as a new foundation for logic and mathematics, could also be a viable basis for verified software.

Control: To harness the power of type theory and to combine it with the automation of SMT solvers, advances in metaprogramming have allowed proof engineers to tune automated proofs, diagnose failures, develop new domain-specific decision procedures, and script how their programs are proven, generated, and compiled.

The research agenda of F*, now nearly a decade and about 10 research papers in, is to balance automation, expressiveness, and control within a full-fledged programming language and proof assistant. F* is based on type theory but with SMT solving and metaprogramming as essential elements.

Some of the key challenges that we’ve addressed include the following:

Looking ahead: Program proof at scale

We finally have methods to build and deploy verified performant secure communication code, but more research is needed to broaden the reach of program proof.

Cryptographic software is a sweet spot for program proof—tricky math, performance-obsessed low-level code, catastrophic bugs—but it’s not the only domain that stands to benefit. Building on our verification tools and methodology, we look to the next set of challenges: verified performant systems code. That includes crucial components of other security- and correctness-critical infrastructure, such as the virtualization technology used in Microsoft Azure. We’ve got our work cut out for us, but building secure and performant low-level code is not so daunting when proofs have your back.