I am currently developing a framework called Tensor Programs for understanding large (wide) neural networks, and more generally, computational graphs such as commonly seen in Pytorch/Tensorflow programs. This is the theoretical foundation that gave rise to the hyperparameter transfer paradigm for tuning enormous neural networks like GPT-3.

What is a Tensor Program (TP)?

Informally, a TP is just a composition of matrix multiplication and coordinatewise nonlinearities.

Why is it important?

It turns out that practically any computation in Deep Learning can be expressed as a TP, e.g. training a transformer on wikipedia data. Simultaneously, any Tensor Program has an “infinite-width” limit which can be derived from the program itself (through what’s called the Master Theorem). So this gives a universal way of taking the infinite-width limit of any deep learning computation, e.g. training an infinite-width transformer on wikipedia data.

Theoretically, this generalizes and unifies several lines of previous research, including the Neural Network-Gaussian Process Correspondence, Neural Tangent Kernel, mean field limit of shallow networks, and neural signal propagation, as well as areas outside of deep learning such as random matrix theory and approximate message passing. It also yields the maximal update parametrization and the feature learning limit (see below) for any neural architecture, which would have been hard to derive otherwise without the universality provided by the Tensor Programs machinery.

How is this different from Neural Tangent Kernel (NTK)?

As mentioned above, NTK is a special case of TP. More importantly, a neural network in the NTK limit does not learn features — which contradicts the conventional wisdom that neural networks are successful because of its feature learning capability (e.g. conv nets and BERT). On the other hand, using TP, one can derive a limit that maximally learns features in a suitable sense (see TP4). When explicitly trained on tasks that depend crucially on feature learning (e.g. Word2Vec), this limit handily beats the NTK limit, as one would expect. 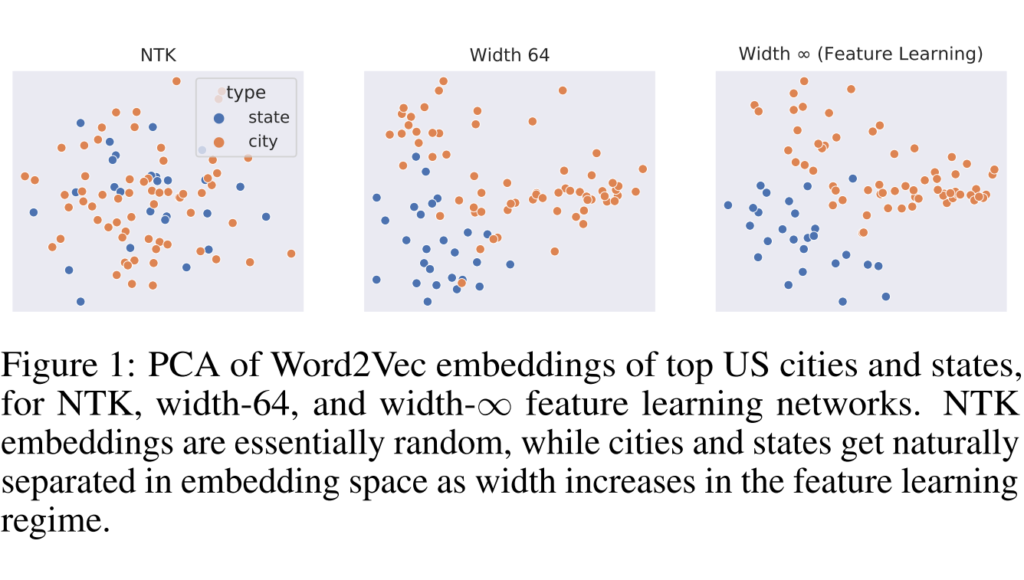 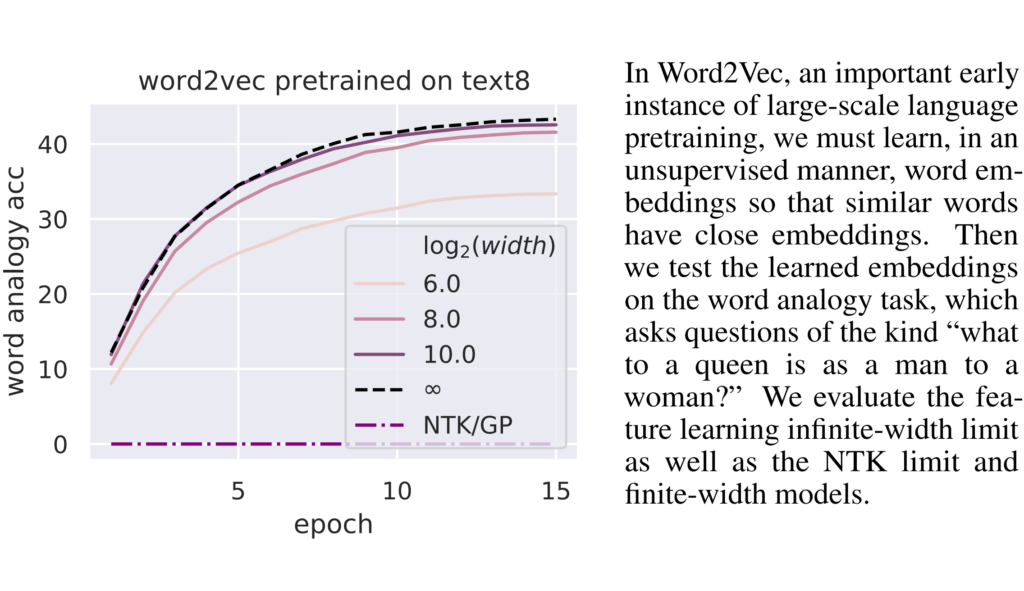 Is there software to automatically convert my Pytorch/Tensorflow code to train infinite-width neural networks?

Working on it 🙂 In the mean time, if you don’t care about feature learning, then you can check out neural-tangents for kernel limits of common neural networks.

Summary of the papers on TP so far

Learning and reading are most effective when one is well-motivated to understand some result. So if any of the papers have a punchline that you are interested in, feel free to read from the beginning until things become difficult to understand (you don’t have to go in order of TP1-4). At this point, it can be advantageous to switch to one of the other papers in the series to gain a different perspective on the same underlying technique. This can then help you proceed further on the original paper. Repeat until you understand everything.

That said, the quality of the presentation in my opinion is best in TP2-4 (just from the experience of presenting the material a few times already, with improved notation each time). So if TP1 feels too dense, I recommend looking at any of TP2-4 and come back to TP1 later.