Johannes Gehrke is a Technical Fellow and the Lab Director of Research at Redmond and the CTO and head of machine learning for the Intelligent Communications and Conversations Cloud (IC3), which powers Microsoft Teams. Until June 2020, he was leading architecture and machine learning for IC3.

Johannes’ research interests are in the areas of database systems, distributed systems, and machine learning. He has received a National Science Foundation Career Award, an Arthur P. Sloan Fellowship, a Humboldt Research Award, the 2011 IEEE Computer Society Technical Achievement Award, the 2021 ACM SIGKDD Innovation Award, and he is an ACM Fellow and an IEEE Fellow.

Johannes co-authored the undergraduate textbook Database Management Systems (McGrawHill (2002), currently in its third edition), used at universities all over the world. He is a member of the ACM SIGKDD Executive Committee. From 1999 to 2015, Johannes was a professor in the Department of Computer Science at Cornell University where he graduated 25 PhD students, and from 2005 to 2008, he was Chief Scientist at FAST Search and Transfer.

Making the future of work work for you with Johannes Gehrke

Episode 83, July 17, 2019- On today’s podcast, Johannes Gehrke frames the new, cloud-powered work world as a fast paced, widely-distributed workplace that demands real-time decision-making and collaboration – and explains how products like Microsoft Teams are meeting those demands – and tells us, both directly and indirectly, about the future of work, which for Microsoft, involves a pivot from an app-centric approach to a people-centric approach where, by using an AI-infused productivity suite coupled with the power of the cloud, we can essentially “hire Microsoft” to help us get our work done. 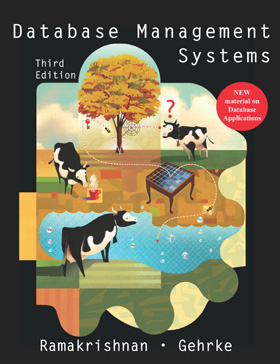 Database Management Systems has quickly become one of the leading texts for database courses, known for its practical emphasis and comprehensive coverage. The third edition features new material on database application development, with a focus on Internet applications. The hands-on…