Download and try the new Microsoft Translator Windows 10 app redesigned from the ground up for productivity. An integrated solution for translation on Windows 10, built on the latest generation AI machine translation technologies, it will help users increase their productivity for all their translation related tasks. 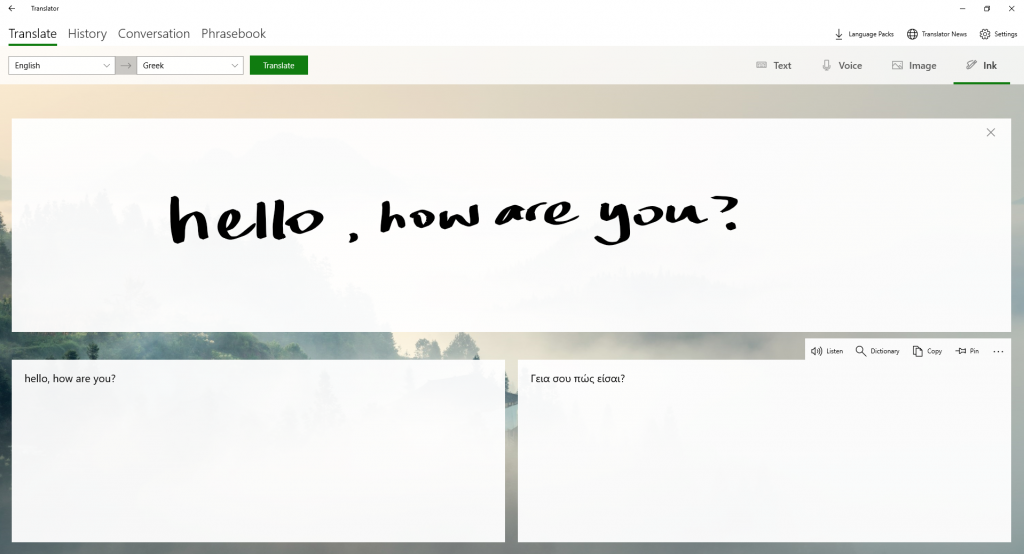 The app supports over 60 languages, across text, voice, image, and Windows Ink translations.

Users will be able to:

In addition to translating short spoken sentences using the voice feature, users can also start or join translated conversations across multiple devices through the Translator live feature. To do this, users simply go to the Conversation menu, choose the language they’re speaking or typing, share the unique conversation code with others, and engage in a real-time translated conversation with up to 100 participants, each using their own Windows 10, Android, iOS or Kindle device.

The Translator live feature is available in 10 speech languages and over 60 text languages. The Windows 10 app comes fully loaded with a modern design and productivity-centric capabilities for both on- and off-line use. Join or start Translator live conversations using Cortana, reference our human-verified Phrasebooks while traveling, and import Word and text documents directly in the app. 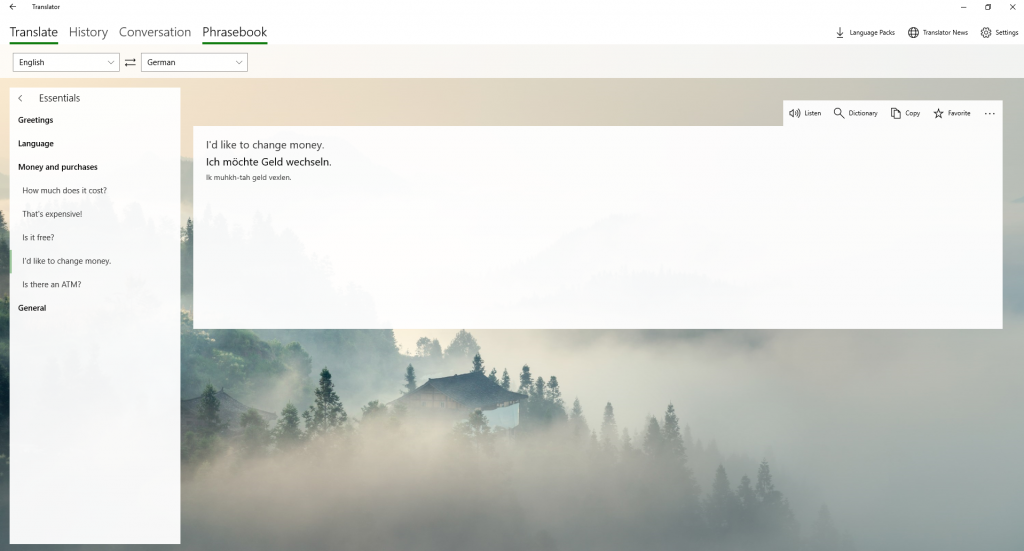 The app also features the Phrasebook feature where you can browse phrases and quickly get their human-verified translation.

In the Phrasebook, you’ll find a variety of essential phrases for travel, directions, lodging, dining, and more.

Import text and Word documents directly in the app

Need to translate a few pages? Now you can import documents directly from the Text translation tab and save the translation in a text file.

Click on the Language Packs tab, install a language pack while online, and the app will automatically use this pack for any of the app’s text and image translation capabilities while offline.

The new Windows 10 app uses the same translation technology you’re familiar with in other Microsoft Translator powered apps and services:

Ready to start using the new Windows 10 app? Download it here (or update to the latest version if it’s already installed).